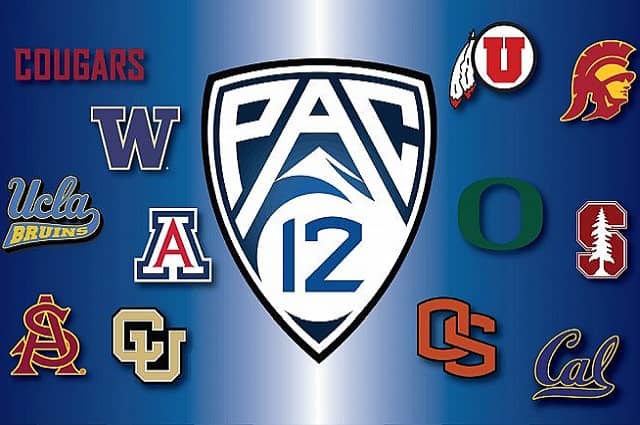 The smell of college gameday is in the air as we are just around the corner from another college football season. Last year was one of the most bizarre seasons ever played in the sport. It was followed by a summer of change with the new NIL rules and the Big 12 drama. Now, it will be wonderful to watch the action unfold on the field and not off it. In this Tailgater magazine series, we will be previewing each Power 5 Conference and today we focus on the Pac-12.

Football in the Pac-12 in 2020 was limited and boring. Despite having the strictest protocols of any conference in college football, multiple teams were hit hard by COVID-19. USC was the best team in the conference and put up a 5-1 record behind the play of quarterback Kedon Slovis, who is a leading candidate for the Heisman Trophy in 2021. The Trojans were also the only team from the conference to finish the season in the AP Top 25.  There hasn’t been a Heisman winner from the conference since Oregon QB Marcus Mariota won it in 2014.

While we could call Washington an impressive team in 2020, the Huskies only played four games and one of those was a loss. Oregon went 4-3 and Arizona State was a very disappointing 2-2. Oregon advanced to the conference championship game only because Washington couldn’t due to COVID restrictions.  There they upset USC by a touchdown to advance to the Fiesta Bowl against Iowa State where they were handily defeated 34-17.

At the end of the season, Larry Scott announced he would no longer be the commissioner of the conference and the Pac-12 is now in a new regime with talks of expansion and hyper focus on football and basketball.

Arizona State tops my list here as the Sun Devils have a promising young recruiting class but are also going through a recruiting violation scandal that took place during the pandemic. The Sun Devils are touted as a bubble top-25 team and quarterback Jayden Daniels is a guy who could see his draft stock skyrocket if he is put in the right situation. They have a deep, talented receiving corps and a fiery head coach in Herm Edwards. Defensive coordinator Antonio Pierce is the key to overcoming the scandal and will have a huge impact on the success of this team.

We also can’t go on without mentioning Oregon and USC, who are ranked number 11 and 15, respectively in the AP preseason Top 25. These two teams are the best shot the Pac-12 has at getting back into the College Football Playoff.

Washington is turning into “Defensive Back U” and Trent McDuffie might just be the next guy to land himself in the first round of the draft. In 2019, McDuffie had 45 tackles, two forced fumbles, an interception and two passes defended. He was good in a short 2020 season, but this is a true test to see whether he could be a star in 2021.

I am going with USC and Kedon Slovis to turn some heads and win the Pac-12. USC has a tough schedule ahead of them and their toughest game will come against Utah in week six. Arizona State on the road and BYU in the final week of the season seem like serious trap games but I still think USC manages to head into the conference championship game with just one loss.