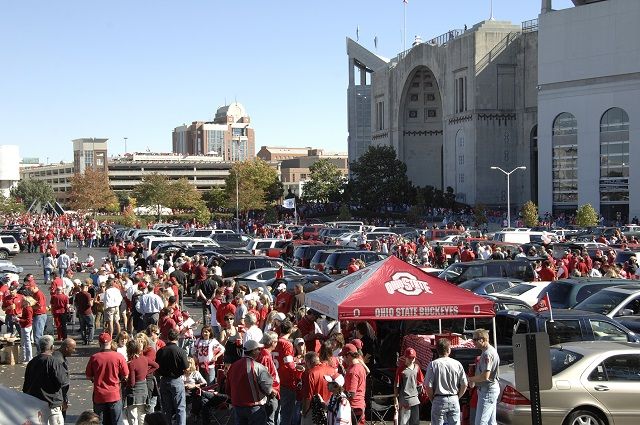 Following a legend can be tricky. New head coach Ryan Day could win 10 games this season and that would still disappoint fans, because former coach Urban Meyer never won fewer than 11 games in the seven seasons he led the Buckeyes. He also won the first CFP Championship in 2014.

The success, or lack thereof, for the Buckeyes will probably come down to their last two games of the season against Penn State and Michigan. Meanwhile, let’s tailgate.

Ohio State has a remarkable football history and come game day, Buckeye fans turn the streets of Columbus into an expanse of scarlet and gray as fans celebrate such great traditions as the Skull Session pep rally, the “O-Hi-O” chant, and the dotting of the “i” by the band after the famous “Ohio” script march.

One of the most treasured traditions, however, is singing Ohio State’s alma mater “Carmen Ohio.” Sung regardless of the game’s outcome, more often than not, it has become another hallowed victory tradition alongside the ringing of the Victory Bell.