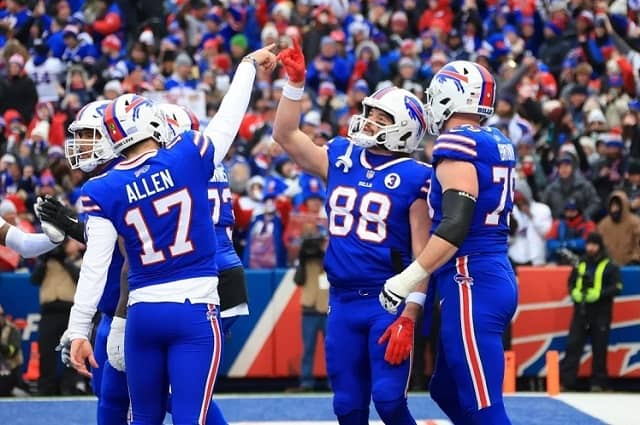 It was a wild Week 18 for many teams who were fighting for a playoff spot. Now the teams are locked in, and we are set for some intriguing matchups. The Miami Dolphins, with help from the New England Patriots, grabbed the final playoff spot in the conference after sliding by the NY Jets. The Jacksonville Jaguars knocked off the Tennessee Titans to win their division for the first time since 2017, while the Buffalo Bills and Cincinnati Bengals clinched their respective divisions before the final weekend. Here’s our NFL Wild Card Games AFC Preview.

Jacksonville gets to host this playoff game, despite having a worse record, thanks to their division title. The Jags are 9-8 and the Chargers are 10-7. Jacksonville has the momentum, pulling off a come-from-behind win to secure their playoff spot. LA sort of rested their starters, but not entirely and somehow allowed 31 points to the Broncos who have one of the worst offenses in the league. It was a bad loss to end the season as they now fly cross country. These two played earlier in the season in Los Angeles and Jacksonville blew the tops off the Chargers, winning 38-10. It was one of the best games of Trevor Lawrence’s young career as he threw three touchdowns with no interceptions. There have been some bizarre games in the NFL this season and while many are likely backing LA in this game, I like the Jags to win at home and continue to shock the NFL. Prediction: Chargers 20 Jaguars 22

Because of the Monday night cancellation, the Bills didn’t get the opportunity to be the number one seed.  However, if they happen to meet the Chiefs in the AFC Championship Game, they will play at a neutral site. For this game, they are playing in Buffalo against a Fins team that gave them a heck of a fight just a few weeks ago as the snow beat down in New York. Of course, Tua Tagovailoa was the starting QB in that game. Unfortunately, he’s already been ruled out for this game because of the concussion protocol. Sunday marked the first time this season that they were able to pull off a win without him. For Dolphins fans they better hope that Teddy Bridgewater has healed from his injury.  Otherwise, an already difficult task will almost be impossible.  In fact, I’ll make this one simple, if Skylar Thompson starts this game at QB for Miami, Josh Allen is going to make him look like a peewee league QB in comparison and the Bills will cruise. Prediction: Dolphins 15 Bills 31

No. 6 Baltimore Ravens at No. 3 Cincinnati Bengals: Sunday 7:15 CST

This is kind of weird, huh? These two played each other Sunday and the Bengals dominated to win the AFC North. However, they did split the series this season, with Baltimore pulling off a 19-17 win thanks to a Justin Tucker walk off field goal earlier in the year. This last time around, without Lamar Jackson, it was easy work for Cincy who came out on top 27-16. Like Miami, this contest will really come down to whether Lamar Jackson is going to be playing in this game. In the last six games, Baltimore has yet to exceed 17 points in any of them while going 3-3. The Bengals have really turned it on in the second half of the season and many pundits believe that they are the best team in the AFC despite having the three-seed. Considering these two just played each other, my faith is in the Bengals to pull off another win and move on. Prediction: Ravens 17 Bengals 25