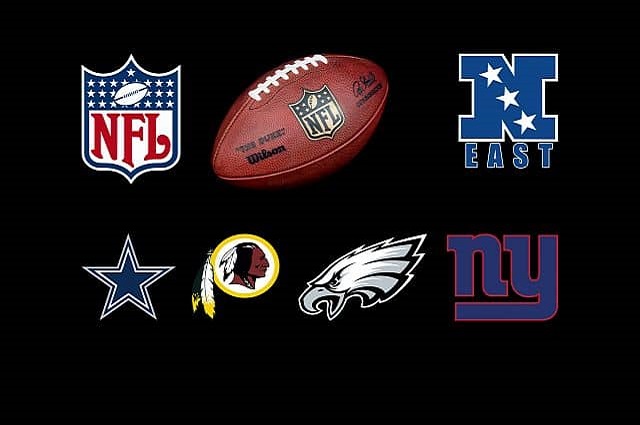 Some say that the Super Bowl is won in the offseason. It is a critical time for teams to bolster their rosters and improve the holes they had from the year before. The offseason is when a well-executed draft, a monumental trade, or a couple of key-free agent signings can take a team from constant duds to Super Bowl champs…just ask the Tampa Bay Buccaneers.

This is our NFL Team Needs series. We will break down the top needs for each team in the league by division. Let’s examine the NFC East.

A lot of reports say the Eagles need a QB, but I disagree. With the Carson Wentz out of the picture now, I’m a fan of Jalen Hurts and think Philly should try and develop him. In order for that to work, some offensive improvements must happen. The first step is figuring out their salary cap situation as they are $41 million over the cap. They can cut Zach Ertz and some other liabilities and build through the draft. With the sixth overall pick, they should focus on Devonta Smith or Kyle Pitts. After that, adding another wide receiver as well as help for Darius Slay in the secondary and help in the middle is crucial. Free agents won’t be much of an option so it’s up to Howie Roseman to get smart in the trade market (probably isn’t going to happen.)

The Cowboys don’t need a quarterback, they just need to finally pay the one they’ve got. Once they get the Dak Prescott contract situated, the Cowboys need to focus on protecting him and then fixing one of the worst defenses in the league. Tyron Smith and La’el Collins had significant injuries last year and making that line younger isn’t a bad idea. In the draft, Dallas should target cornerback Patrick Surtain II or Caleb Farley if he falls. Oh, having a pass rush and being able to defend against the run would help as well. They have north of $20 million in cap space and a trade involving a guy like Michael Gallup could help get some more cash flow. The Cowboys have it figured out on offense when Dak returns, but the defense is in emergency mode.

The Giants aren’t dumping Daniel Jones just yet and a backfield of Saquon Barkley and Wayne Gallman works. New York desperately needs hands though. In the draft, they should take the best WR available, whether that be Jaylen Waddle or Devonta Smith. Dumping Golden Tate frees up some room to re-sign Gallman and bring in a guy like Curtis Samuel or a tight end. After that, stocking up an already good defense is key. The Giants would be wise to help out James Bradberry in the secondary and bring in an edge rusher who can get to the quarterback. They don’t have a ton in cap space, just around $8 million, so expect this to be a trade-heavy and draft-filled process.

Washington saw an epic performance from Taylor Heinicke in the playoffs this year and gave him a two-year contract but that won’t fly as the only QB move this offseason. Who knows if Alex Smith returns or not, but drafting a guy like Mac Jones or going out and getting a Derek Carr isn’t out of the realm of possibility for this team. Washington needs to help Terry McLaurin and a cheap option like Julian Edelman or a trade for OJ Howard makes sense. After a couple of offensive line signings, they’ll need to focus on finding a replacement for Ryan Kerrigan. His departure creates a need for some defensive line help which would allow Defensive Rookie of the Year Chase Young to rush the quarterback freely.