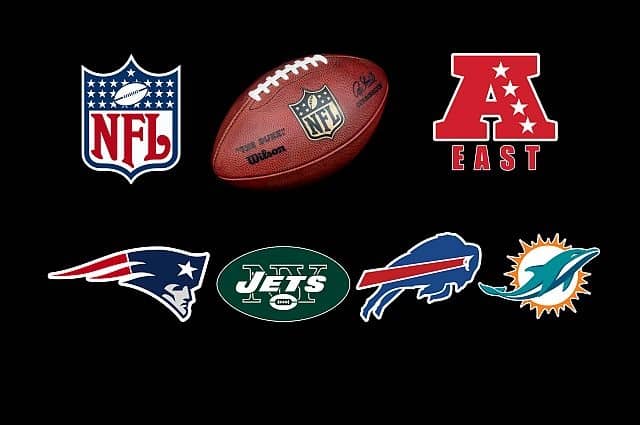 Some say that the Super Bowl is won in the offseason. It is a critical time for teams to bolster their rosters and improve the holes they had from the year before. The offseason is when a well-executed draft, a monumental trade, or a couple of key-free agent signings can take a team from constant dud to Super Bowl champs…just ask the Tampa Bay Buccaneers.

This is our NFL Team Needs series. We will break down the top needs for each team in the league by division. First up, we have the AFC East.

The Dolphins put out one of the top defenses in the league in 2020 but oftentimes their offense struggled, causing them to bring in Ryan Fitzpatrick for a jump-start. There are a lot of questions to be answered in South Beach this offseason with rumors flying around that Tua Tagovailoa may not be the guy and reported interest in Deshaun Watson. I think Miami should be happy to at least have a QB in place and focus on improving around him. Upgrading in the draft will be huge. They could take a guy like Oregon offensive tackle Penei Sewell at number three and then get a wide receiver at number 16. With cash to spend, bringing in a guy like Aaron Jones or Leonard Fournette would be a huge upgrade.

The Patriots must work on fixing their offense this offseason. The issue is that New England doesn’t like to spend their money. Bill Belichick was criticized heavily for having this team take the field this year. The first step is getting a QB as it’s unlikely that they keep Cam Newton. They could trade for a guy like Derek Carr, or invest with the 15th pick in getting their guy. After that, wide receiver is a huge need. The Pats typically strikeout in the draft at this position and may be better off grabbing an established free agent. If they trade CB Stephen Gilmore whose contract is up after 2021, it’d be wise to try and land a linebacker. They have the fourth most salary cap in the league and they should use it.

The Jets are an absolute mess. The Robert Saleh hire was great but now he has to make sure he has a roster to back up his coaching. The first step is deciding whether or not Sam Darnold is the guy at quarterback. If not, New York needs to trade him and use that second overall pick on Zach Wilson from BYU or Justin Fields from Ohio State. Next up would be building an offense that doesn’t showcase 99-year-old Frank Gore as the feature back.  They also need to invest in a wide receiver. Most of their remaining assets need to be focused on defense, where they desperately need help on the line and secondary. With two first-round picks and the third most salary cap room, the Jets should be big-time buyers this offseason.

The Bills are a legitimate Super Bowl contender with their explosive offensive.  They should focus all their efforts on resigning some key players set for free agency and improving their defense. They have three offensive linemen set to hit the market and should bring them back at all costs. After that, their main focus should be bringing in a player who can get to the quarterback. My suggestion would be JJ Watt, a guy looking to win a championship that could be had for a small cost. I’m sure they can bolster the line by making some necessary cuts and signing a guy like Yannick Ngakoue in free agency. The Bills don’t have a ton of cap space but can clear some space by eliminating some bad contracts.