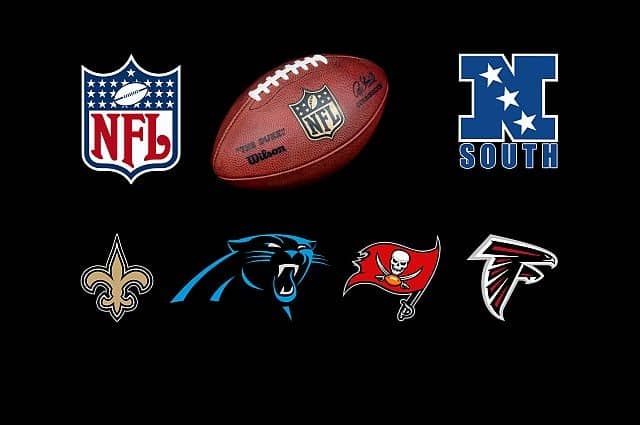 The NFL season has ended with the Los Angeles Rams on top of the food chain. It’s now time for executives and front offices to get into the trenches and make their teams better. The offseason is where championships are won and there are plenty of massively talented NFL free agents who can make teams better overnight. In this Tailgater Magazine series, we’ll be breaking down the needs of every team in the league. Let’s take a look at the NFC South team needs.

The Bucs are in a whole lot of trouble with the news of QB Tom Brady retiring. Tampa is left without a capable QB, their star offensive guard Ali Marpet decided to retire despite being just 28, and the salary cap issues the Bucs have and the number of free agents they have is troubling. The Bucs might lose C Ryan Jensen, CB Carlton Davis, WR Chris Godwin, and a bevy of defensive players after retaining their entire Super Bowl roster last year. RB Leonard Fournette and TE Rob Gronkowski are likely gone as well and an offense that was once number one is about to fall from the sky. I do not envy GM Jason Licht.

The Falcons are about to take the largest cap-hit in NFL history with QB Matt Ryan on the roster. Unless they trade Ryan, he is their guy and they must figure out how to work around him. Atlanta was an atrocious running team even with Cordarrelle Patterson in 2021 and their wide receiver issue was a disaster after Calvin Ridley left the team for mental health reasons. They must upgrade their offensive skill players while also making a conscious effort to support CB A.J. Terrell, a rising star, in the secondary, and add a stopgap in the middle. They have a top-10 pick but their cap situation is difficult.

The Panthers have got to figure out what they’re doing at quarterback because Sam Darnold did not seem like the correct answer last season. Carolina will pick sixth and baring a trade, they may be the first team to take a QB in this year’s draft. Regardless of who the play-caller is, upgrading their very weak offensive line will be the most important thing. They were way too inconsistent and if RB Christian McCaffrey ever gets healthy, they must support him with blocking. CB Stephon Gilmore will likely walk in free agency so a future safety could be acquired in the draft.

The first season without QB Drew Brees was a mess.  Now, coach Sean Payton is gone as well, so it truly is a new era in Nola. The Saints have got to find a QB. They could bring back Jameis Winston but it’s clear that Taysom Hill isn’t’ the guy who can be a full-time starter. After that, finding a replacement for WR Michael Thomas will help this offense and they may have to replace OT Terron Armstead as well on the offensive-line. If S Marcus Williams decides to leave the secondary, more issues are coming. The Saints have a disaster on their hands with their current salary cap.