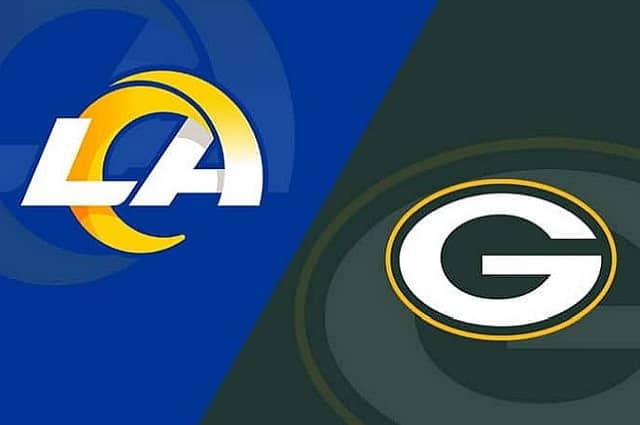 With one round down, just three wins will make one of the eight remaining playoff teams a Super Bowl champion. The Wild Card round was just about everything we could have asked for and included some massive upsets.  A couple of incredible performances, and corresponding wins, set up some epic matchups in the Divisional Round. Like last week, there will be games on Saturday and Sunday but just two per day this time around. There will be an AFC and NFC game on each day, splitting up the conference play over both days. Let’s take a look at the Saturday slate of NFL Divisional Round playoff games.

The Rams pulled off one of the more underrated performances last week as starting quarterback John Wolford went down just a few snaps into the game and then beaten and bruised Jared Goff came in and played the perfect game manager. The Rams flexed their muscle on defense which made all the difference and it’s something that should be intriguing to watch when they face Aaron Rodgers in Green Bay. The Packers are now well-rested and healthy after a helpful bye week in Round one. The Packers are riding a six-game winning streak into this one and they are a very impressive 7-1 at home.

The Rams had no issue traveling to Seattle to knock off the Seahawks, but the cold weather will certainly make it tougher in Wisconsin. The Packers are 6-4 in their last 10 games against the Rams and are 4-1 in the Aaron Rodgers era. The Rams have injury questions surrounding Goff and Aaron Donald and whether or not they’ll be good to go on Saturday. If Donald is unable to play that will be a significant blow to the Rams defense. One thing we do know is that it should be a great game to watch.

Lamar Jackson vs Josh Allen is going to be the second most intriguing quarterback matchup of the week right behind Tom Brady and Drew Brees. This game should be incredibly fun to watch as these two offenses can absolutely light up the scoreboard. The Ravens did an excellent job of limiting Tennessee in round one. They were able to stuff Derrick Henry for just 40 yards rushing, and the Titans put up just 13 points against the 2nd best scoring defense in the league.

Baltimore won their final five regular season games, and they look like they’re a team on a mission. The Bills won their final six regular season games and Josh Allen continues to dominate defenses with another 300-yard passing performance last week. This game should really come down to which defense can make a stand and Baltimore certainly has the advantage there. These two teams have played three times since 2016 and the Ravens have taken all three. But Buffalo has home-field advantage, and they have a 7-1 regular season record at home this season. The Ravens counter that stat with a 6-2 record on the road. All in all, this is going to be a knock-down-drag-out matchup between two hard-nose football teams.