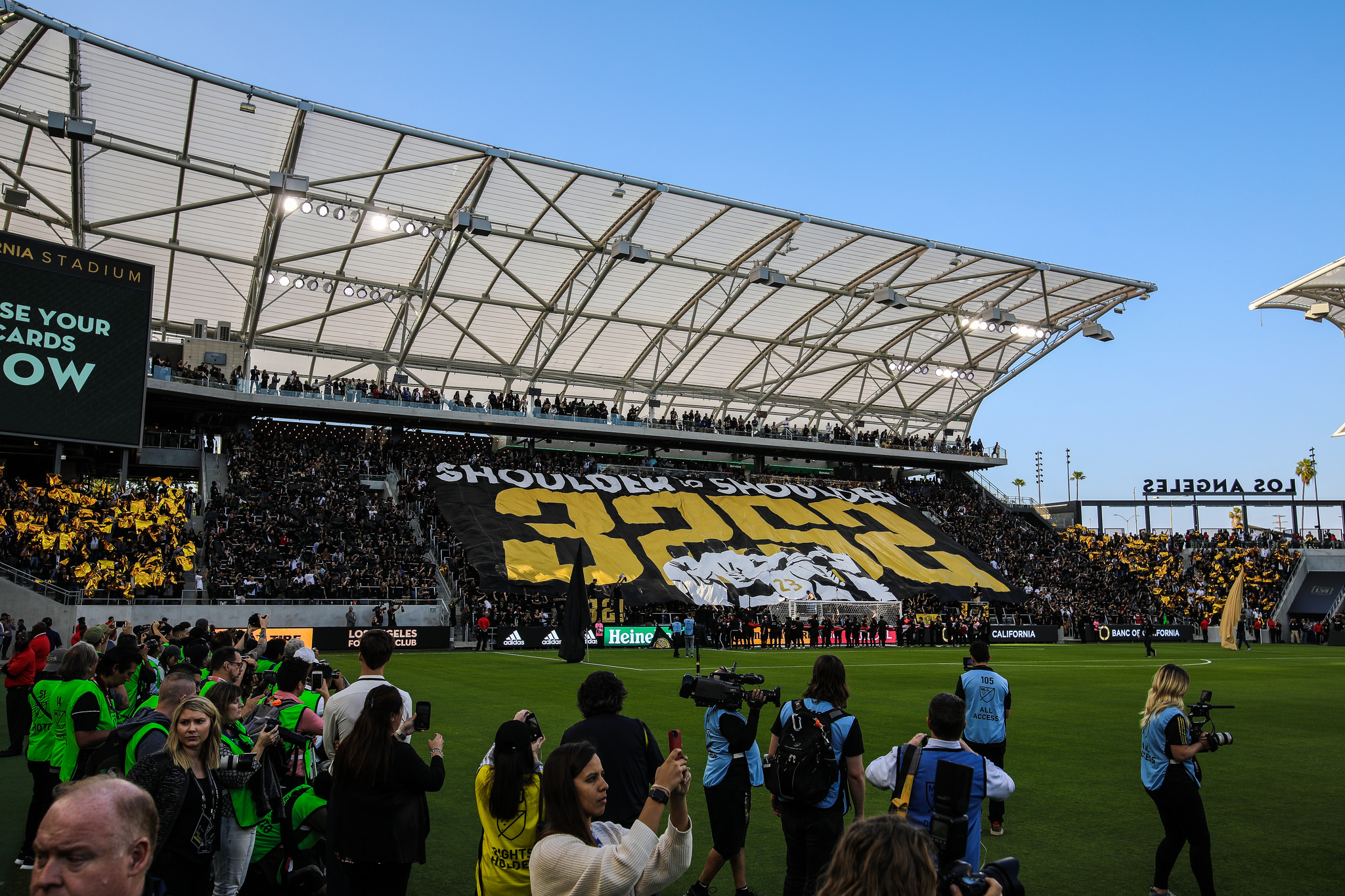 Soccer fans in Los Angeles have a new palace to enjoy watching the beautiful game as the sports newest stadium debuts. Banc of California Stadium, the home of the Los Angeles FC of Major League Soccer (MLS), officially opened on April 29 with the home team christening its new digs in style with a 1-0 win over Western Conference foes Seattle Sounders.

The first open-air stadium built in the Los Angeles area since 1962, the 22,000 seat stadium was designed to offer every fan an unprecedented view of the action.The closest seat to the action is only 12 feet away from the touchline, and every seat in the stadium is within 135 feet of the field. The stadium also includes 125,000 square feet of walkways and plazas open to the public and press box suites complete with a water fountain.
All of this, of course, one assumes attendees are interested in what’s happening on the field. But, in true west coast fashion, Banc of California Stadium was created with well-connected socialites of L.A. in mind.
A state-of-the-art event venue, Banc of California stadium has the ability to host practically any kind of event, such as corporate outings and trade shows to weddings and, of course, parties. The stadium boasts five club areas, including the Field Level Club, the Founders Club, Figueroa Club, and Directors Lounge. The Sunset Deck has created the most buzz, with its pool party vibe for VIPs and other Southern California elite. The Sunset Deck is outfitted with ping pong tables, shuffleboard courts, and a knee-deep fountain, this indoor/outdoor space is an all-out L.A. club with a soccer field in the background. Other appointments in the Sunset Deck include mosaic tiles, a fireplace, and cabana-like coverings that bring to mind a laid-back beach resort than sports stadium.

However, LAFC also has the hardcore soccer fan covered as well. Banc of California was planned with a Safe Standing area, a section designed for the most devoted of fans. The stadium boasts the first safe standing rail seats in North America, providing fans an area to stand shoulder-to-shoulder, “creating an electric and unified stadium atmosphere on matchdays”. The best part is this: tickets in Safe Standing area are only $20 per game.
The club has also established a Falcon program, a new ritual that is sure to become one of the must-see traditions in MLS. Each match day, one falcon from the club’s group of four specially-trained birds by falconer Ken Miknuk is chosen for a pregame flight at center field for a flight over the stadium and a symbolic hunt of the opposing team’s crest.