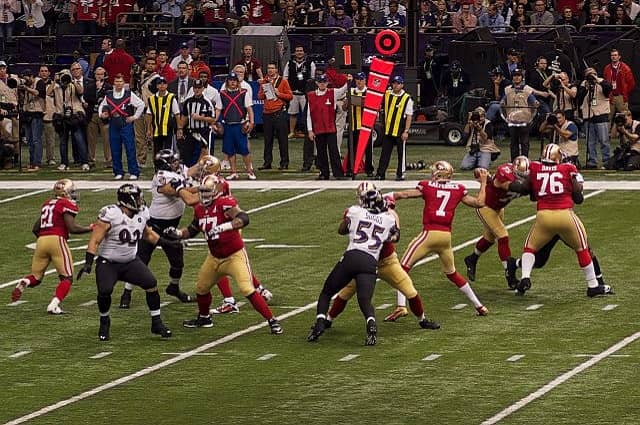 Netflix announced Monday that Colin Kaepernick will be the subject of a six-part series produced by acclaimed director Ava DuVernay.

The series, “Colin in Black and White,” will explore the quarterback’s high school years, attempting to show the experiences and insights that led to his activism.

Kaepernick will appear as a narrator, with an actor playing him as a youth in the scripted drama of a black child adopted by a white family.

“Too often we see race and black stories portrayed through a white lens,” Kaepernick said in a release. “We seek to give new perspective to the differing realities that black people face. We explore the racial conflicts I faced as an adopted black man in a white community, during my high school years. It’s an honor to bring these stories to life in collaboration with Ava for the world to see.”

Kaepernick will also be an executive producer for the series, which was written by Michael Starrbury. No date has yet been set for its release. DuVernay and Starrbury previously worked together on the Emmy-winning Netflix miniseries “When They See Us” about the Central Park Five case.

Kaepernick, 32, spent six seasons with the San Francisco 49ers but has not played in the NFL since 2016, when he started kneeling during the national anthem to protest police brutality and racial injustice in the United States. The actions stirred debate about the national anthem.

“With his act of protest, Colin Kaepernick ignited a national conversation about race and justice with far-reaching consequences for football, culture and for him, personally,” DuVernay said in a release. “Colin’s story has much to say about identity, sports and the enduring spirit of protest and resilience.”

DuVernay directed the 2014 drama “Selma,” about the 1965 Selma to Montgomery march for voting rights, becoming the first black female director to have her film nominated for the Academy Award for Best Picture.