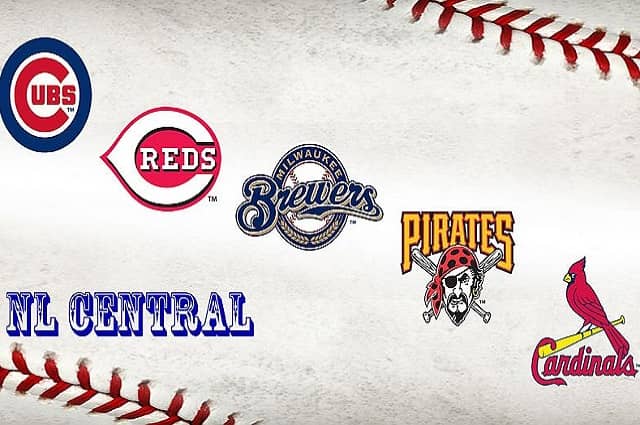 It’s almost time to “play ball” as the 2021 Major League Baseball season gets underway April 1.  That’s great news considering we were given the short end of the stick with last year’s 60-game COVID-shortened season. The excitement for the game of baseball seems to be heading in the right direction with a new crop of exciting, young players. There are new teams who are gunning for the top of divisions and new rivalries that should bring a spark. We will break down every division as the season gets closer. Here’s the NL Central.

This is an interesting division because there are a lot of good teams but not a really great team. Which means the race to the end could be very close. This is a division that for a long time was dominated by the St. Louis Cardinals and then the Chicago Cubs. In recent years, we have now seen the Milwaukee Brewers take a massive step up and the Reds go through a rebuild that is close to done. The only team that really has no prayer is the Pittsburgh Pirates.

The best team in this division in my mind is the St. Louis Cardinals. The Cards got drastically better this offseason when they traded for five-time All-Star Nolan Arenado. He is a top-five hitter in baseball and the best third baseman in the game with six Gold Glove awards to his name. With him and Paul Goldschmidt at first base there isn’t a more powerful corner pair in baseball. Re-signing Adam Wainright was key to the starting pitching rotation and Yadier Molina will be back behind the plate for his 18th season. The Cardinals have a modest farm system, but they have a few young players who should be graduating to the bigs midseason.

The Chicago Cubs are the other team that will be intriguing. The Cubs have been the best team since Theo Epstein started the rebuild a few years back and have reached the postseason five of the last six years. Now Epstein is gone and Joe Madden will be managing under Epstein’s replacement Jed Hoyer. Stars like Kris Bryant and Anthony Rizzo are still in place but many of the key players from the 2016 World Series roster are gone. Losing Jon Lester and Yu Darvish from the starting rotation certainly won’t help matters. The Cubs also lost Kyle Schwarber. I think this is the best opportunity for the Milwaukee Brewers to overtake Chicago in the division.

The Milwaukee Brewers made the postseason for the third year in a row, albeit with a losing record last year.  And, for the third year in a row, they failed to advance to the World Series. It is a bit infuriating because Milwaukee has good players such as former league batting champion and NL MVP Christian Yelich, Orlando Arcia and Avisail Garcia.  They added defensive gems Kolten Wong and Jackie Bradley Jr. in the offseason. However, the pitching staff lacks a true ace and needs depth. The Brewers have a window of opportunity to jump the Cubs here but they will need a ton of production from their offense to make that work.

The Reds made the playoffs last season but were quickly eliminated without scoring a single run in the NL Wild Card Series against the Atlanta Braves. The team finished last in the ML with a team batting average of .212. So, needless to say, the team needs to improve offensively and they did nothing meaningful in the offseason to do so. Losing 2020 NL Cy Young Award winner Trevor Bauer to the LA Dodgers was a huge hit to the starting rotation and I’m not sure they’ll be able to bounce back from that in a meaningful enough way as there isn’t an ace-in-the-hole in the rotation. It could be a very long season for new general manager Nick Krall.

The Pittsburgh Pirates were the worst team in baseball last season.  By far.  So, what did they do to improve in the offseason?  They traded their two best players – two-time Gold Glover Starling Martre and All-Star Josh Bell. What does this team need?  The short answer is they need everything.  This is going to be another atrocious year for Pittsburgh as once again they will more than likely be the worst team in baseball. They have the eighth best farm system in baseball and need to just continue building on that before they can compete for the playoffs. So, hope is on the horizon. It just won’t be there in 2021.