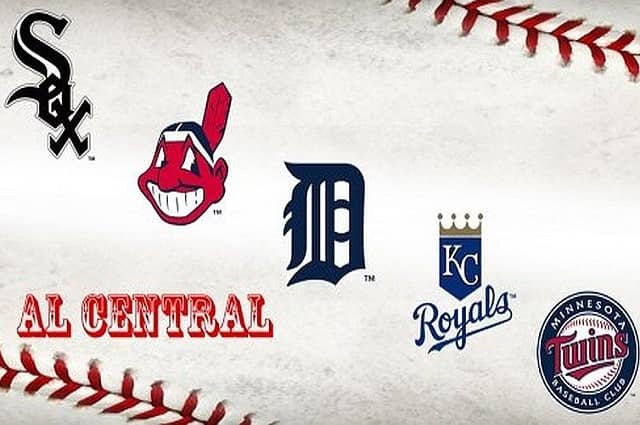 It’s almost time to “play ball” as the 2021 Major League Baseball season gets underway April 1.  That’s great news considering we were given the short end of the stick with last year’s 60-game COVID-shortened season. The excitement for the game of baseball seems to be heading in the right direction with a new crop of exciting, young players. There are new teams who are gunning for the top of divisions and new rivalries that should bring a spark. We will break down every division as the season gets closer. Here’s the AL Central.

We have heard the hype, and some believe this could be the year that the Chicago White Sox reclaim the division, something they haven’t done since 2008. The Sox lost in the Wild Card round to Oakland last year but have high hopes this season. Led by 2020 AL MVP Jose Abreu, the team is loaded with young talent. Although losing Eloy Jimenez for most of the season due to a spring training injury won’t help.  The team acquired veteran pitcher Lance Lynn in a December trade with the Texas Rangers. He will help shore up an already strong staff led by Lucas Giolito. The hiring of manager Tony La Russa seems odd since he hasn’t managed since 2011. I am rooting for the Sox, but they’ll need a healthy locker room environment and there are concerns about La Russa’s ability to relate to the young players.

The Minnesota Twins have won this division each of the last two seasons.  However, they’ve yet to advance to the League Championship Series. One thing for certain, this lineup crushes home runs. Miguel Sano, Eddie Rosario, Josh Donaldson and Nelson Cruz are a modern-day murderers’ row.  However, hitting home runs alone is not going to win you a division, especially with the White Sox in this division. Acquiring four-time Gold Glove shortstop Andrelton Simmons in free agency was a good move and strengthens the middle infield. A lot of pressure will be put on pitchers Kenta Maeda and Jose Berrios to lead the way. Adding JA Happ to the rotation certainly helps, but they might need to lean on a prospect or two to get them through the season.

The Cleveland Indians will look much different this season. While the team has made the playoffs four of the last five seasons, they will be hard-pressed to contend for the division title this year.  The exodus of stars continued this offseason as Francisco Lindor and Carlos Carrasco were traded to the NY Mets.  This follows the losses of stars Corey Kluber and Jason Kipnis the previous offseason. Those players helped make the Indians perennial World Series contenders the back half of the 2010s. Manager Terry Francona has been dealing with health issues and this season could prove to be stressful. The Indians are a brand-new team and sometimes that can be for the best, but when you look at this roster, I’m not so sure. Glaring holes in the outfield make me nervous for Believeland.

It’s hard to believe that the Kansas City Royals won the World Series in 2015. Since then, the team has yet to record a winning season and have two 100-loss seasons in that mix. Unfortunately, the 2021 season isn’t going to be any better for Royals fans as the team continues to rebuild. According to MLB Pipeline, the Royals have some nice young prospects as they rank as the 10th best farm system.  However, that’s not going to help them win this season.  The team needs outfield help after Alex Gordon’s retirement as well as starting pitching and bullpen help.  The team did re-sign closer Greg Holland and six-time All-Star catcher Salvador Perez. Regardless, it will be a long season for new owner John Sherman.

The Detroit Tigers have finished in last place in the division three of the last four years. While help may be on the way with a handful of prospects looking to make an impact, all the team really has to offer is an aging Miguel Cabrera.  The certain first-ballot Hall-of-Famer should reach 3,000 career hits and 500 career home runs this season assuming he can stay healthy.  This team has far too many holes elsewhere to contend this season.  Unless new manager AJ Hinch can somehow pull a rabbit out of his hat following his one-year suspension for the Houston Astros 2017 World Series cheating scandal, this will be a long season in Motown as they will battle the Royals for last place.