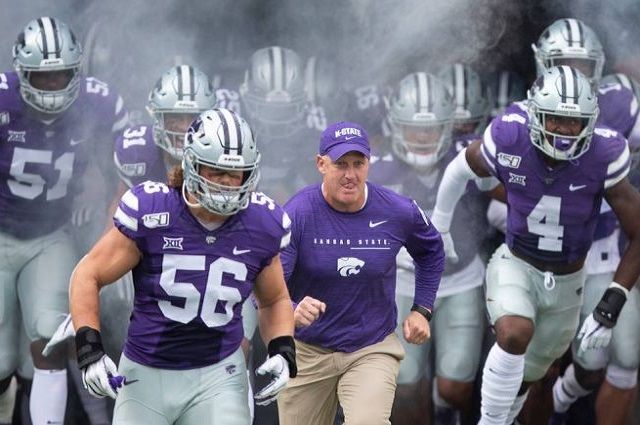 Amid the backdrop of the Black Lives Matter movement, football players at Kansas State have ended their threat to boycott the program a week after a tweet by a student about the death of George Floyd prompted outrage by several students.

Players shared a letter on social media saying they are pleased with how the school’s leadership has reacted to the controversial tweet.

“We appreciate the diligent work of our university and athletics administration as we work through these important issues,” the letter read. “The plans and action items released Wednesday are great first steps in our goal of defeating hate and racism on our campus, and therefore, we have decided to return to workouts with our teammates. However, we know that this process is far from completed, and should it slow or diminish for any reason we would re-evaluate the situation and our options at that time.”

Players didn’t miss any school-backed football activities because those were halted after 14 players tested positive for COVID-19 last month.

The boycott threat came after student Jaden McNeil tweeted on June 25, “Congratulations to George Floyd on being drug free for an entire month!”

In May, Floyd, a black man, died after a white Minneapolis police officer pressed his knee on his neck for nearly eight minutes.

Athletics director Gene Taylor and football coach Chris Klieman both criticized McNeil’s tweet and said they would not tolerate racial hate on campus.

“Our program and our coaches will continue to be part of the solution when it comes to racial injustice,” Klieman wrote in a tweet. “I love our players and they know I have their backs.”

University president Richard Myers said last Friday that “divisive statements do not represent for the values of our university.”

Myers said that McNeil’s comments were “disrespectful and abhorrent,” but he could not expel the student, saying, “we cannot violate the law.”

On Thursday night, Myers released information on what the school is doing to make Kansas State a more inclusive institution. They included student and staff-related action steps that focused on recruitment, retention, mandatory cultural competency workshops and improving the process for receiving complaints of discrimination

The school also announced the launching of a diversity and education fund. The fund will allow boosters to funnel money directly to initiatives within the athletic department that “actively seek inclusive and diverse community through educational programming and support of all student-athletes, coaches and staff.”

After the players’ statement was released, Klieman tweeted his support.

“Proud of the guys. We will continue to grow and work to end racism across our great campus,” the coach wrote.