Hot Times in the City – Sporting it up in Phoenix 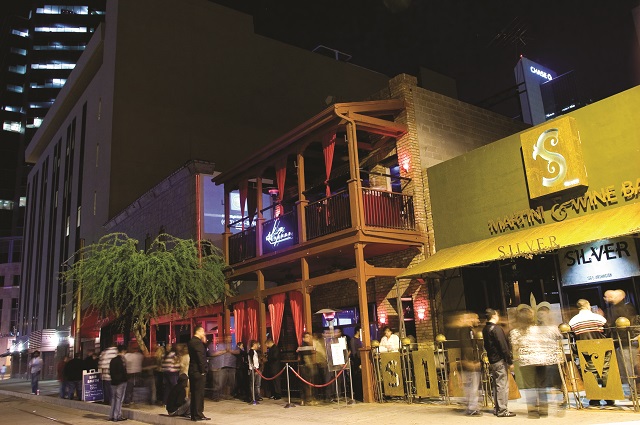 Hot Times in the City – Sporting it up in Phoenix

You’ve got the Arizona Cardinals at University of Phoenix Stadium. Arizona Diamondbacks at Chase Field. The Phoenix Suns are at Talking Stick Resort Arena, along with the three-time championship WNBA’s Phoenix Mercury and Indoor Football League’s Arizona Rattlers. Head to Gila River Arena for the Arizona Coyotes. The Phoenix Rising FC reside at the team’s namesake soccer complex.

Those are just the pro teams. Heck, let’s not forget several Super Bowls, the Fiesta Bowl, the Cactus Bowl, the 2016 College Football Playoff National Championship, and the NCAA Final Four. Oh, and the Cactus League, one of Major League Baseball’s two spring training leagues, along with the Phoenix International Raceway, major golf events, and marathons.

Phoenix is undoubtedly a sports town. But if you’re headed in for your first visit, this athletic mecca can be overwhelming. Yes, you could wander to the bar nearest your game of choice (and heck, it’s probably worth stopping by). But there’s always something special about tailgating or pre-gaming with your fellow fans.

That’s where we come in.

We turned to several die-hard Phoenix sports fans for insight into where and how they watch the big games. So buy your ticket, load up the RV, or book your flight. You’re headed to the Valley of the Sun, and it’s going to be fun.

Todd Thorstensen knows tailgating; it’s practically in his blood. His family has held season tickets for the NFL’s Arizona Cardinals since the team arrived in 1988. He was 3.

The team is the nation’s oldest continuously run pro football franchise, with a history dating back to 1898 in Chicago.

“I’ve grown up with the group. They’re my brothers, sisters, aunts, and uncles,” says Thorstensen, whose tailgating group, Tillman’s Troops, is now 90 strong. (Yes, the group is named for the late Corp. Pat Tillman, who played for the Cardinals from 1998-2001 and died in Afghanistan while serving in the U.S. Army.) “It’s a big sense of family, getting together and having a good time rooting for our team.”

Once upon a time, supporting the Cardinals required a high SPF sunscreen, heat tolerance, and a willingness to be outnumbered on your home turf. The team wasn’t great, and the open-air Sun Devil Stadium let in all of Arizona’s famous heat. Even so, tossing around a football before those games is among Thorstensen’s mosttreasured memories.

“If you saw someone with a Cardinals jersey, then you knew they were a true fan. They weren’t that great record-wise back then, but the Cardinals are my team,” he says.

Thorstensen won’t soon forget the first game in the University of Phoenix Stadium, where the team relocated in 2006. Air conditioning provides a welcome respite from the heat outside.

But there’s still plenty of reason to be outdoors. The stadium is surrounded by the 25-acre Sportsman’s Park, which includes an eight-acre tailgating area. The Great Lawn hosts the team’s drumline and cheerleaders before each game, with tailgater- and recipe-of-the-game contests providing extra crowd involvement. There’s space to spread out and play cornhole or throw around a football, just as Thorstensen recalls doing with his dad. “If you have the right gear, you can stay out of the sun and enjoy yourself,” he says.

Even if you’re a visitor and unlikely to haul gear on your trip, Thorstensen urges you to stop by the Great Lawn to check out costumes, other tailgates and take in the atmosphere. Food trucks line up near the stadium, so you won’t go hungry.

Reddit user “mushquog” echoes that sentiment. He too was raised attending games with his father, and sometimes tailgating was a simple affair. “Many times we’d stroll through and simply get invited to join the (often very elaborate) other tailgates going on before kickoff,” he says.

Not a football fan? The National Hockey League’s Arizona Coyotes play across the street in Gila River Arena. Both teams see fans flood the bars of the Westgate Entertainment District (westgateaz.com), which the stadiums anchor.

Last year, the complex introduced its Touchdown Tailgate parties and encourage fans without tickets to visit its bars and restaurants to watch games. The nearby Desert Diamond casino is also a popular place to unwind after any event, Thorstensen says.

Maybe your game takes place during colder weather (hey, even Phoenix cools off). National Basketball Association’s Phoenix Suns hold events at Cold Beer and Cheeseburgers (coldbeers.com) on Seventh Street. The name says it all—it’s real and, we think, brilliant—and you’ll be in good company with other fans.

Or turn your attention to The Park (thepark.bar), a new downtown entertainment complex. The 11,000-square-foot restaurant is within walking distance of Talking Stick Resort Arena, Chase Field, Comerica Theatre, and the Phoenix Convention Center. It’ll take your mind off prepping for a tailgate and let you focus on your team’s upcoming victory. Yeah, it’s inside, but you’ll get a taste of the outdoors without all the sweat, thanks to two trees that canopy the space.

Beneath the trees, you’ll find many of the things that make tailgating so fun—self-serve beer, wine and soda (no waiting on your server), a full menu, craft brews, and live entertainment. The Park also highlights a variety of street food, thanks to a rotation of local food trucks (text “menu” to 48421 for a schedule).

Miss the actual outdoors? Well, step out to the patio and game area. You’ll also find LED ping pong, shuffleboard, and arcade games while you’re there.

Worried about finding space for your party? Make reservations online.

No tickets? Watch the game on the venue’s ultra high definition LED wall. You may not be at the game, but it’s the next-best thing.

Whichever team draws you to Arizona’s capital and whatever the weather, you’ve got plenty of options for celebration. All you’ve got to do is pick one.