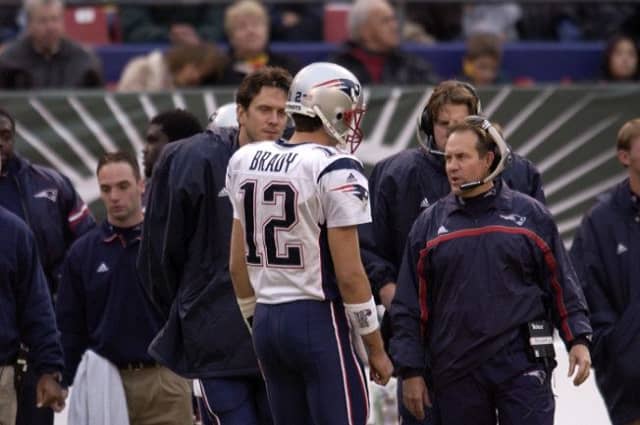 It is Super Bowl week. It is the greatest single game in North American sports. There is just something about two teams battling it out for months, enduring hits along the way, broken bones, torn ACLs, the worst of the worst, just to put it on the line to play in a Super Bowl. There are few games in sport that will bring grown men to tears, but that’s exactly what the Super Bowl does. Let’s rank the top 5 greatest Super Bowls of all-time.

Many Super Bowls can be recognized by one singular moment and that is certainly true of Super Bowl 34. The Greatest Show on Turf was looking for its first Super Bowl win and it nearly came up short, instead it was the Titans that just missed the mark. One single yard prevented the Titans from potentially tying the game with no time on the clock. Mike Jones was barely able to make a tackle of Kevin Dyson, which likely would have sent the game into overtime. It would’ve been the first OT in Super Bowl history.

A low scoring game, but one with ultimate excitement. The Giants were not supposed to win this game. They made the playoffs as a wild card team and won the NFC. In front of them stood the Patriots who were looking to become the first team to go undefeated in a 16-game regular season and win a Super Bowl. It took a miraculous Eli Manning throw after nearly being sacked and a helmet catch on the other end from backup receiver David Tyree – who never caught another NFL pass – to take down the Pats. The Giants defense came up clutch, giving Eli his first championship.

Just a year later, we were blessed with an even better game. The Steelers made Super Bowl history to end the first half of this game as James Harrison returned an interception 100 yards for a touchdown. Pittsburgh had a 20-7 lead entering the fourth quarter, but it was quickly erased after the Cards scored 16 unanswered capped off by a Larry Fitzgerald 64-yard touchdown that seemed to seal the deal and give Arizona their first Super Bowl win. However, with 42 seconds left, Ben Roethlisberger found Santonio Holmes in the very back of the endzone with an epic toe tap reception that gave the Steelers the win.

If you want the ultimate final few minutes in a game, this was the one to watch. The Patriots trailed Seattle by 10 points in the 4th quarter with under 10 minutes to play. Then Tom Brady found Danny Amendola for a quick score and made it 24-21. Then, Brady led the Patriots right back down the field to find Julian Edelman and give them a 28-24 lead with two minutes to play. But Russell Wilson was playing at his best and a few plays later, the Seahawks were at the Patriots 1-yard line with 26 seconds to play. Wilson dropped back and threw to the slant, but Malcolm Butler was there to intercept the pass and seal the game in one of the most thrilling finishes of all-time.

It is the greatest comeback in Super Bowl history and the only Super Bowl to finish in overtime. The Pats found themselves down 21-3 at halftime and 28-3 with eight minutes left in the 3rd quarter. It seemed like everyone had counted New England out, but they ruthlessly rattled off 25 unanswered points to force an overtime. The Pats got the ball first and it didn’t take Brady long to get down the field before James White ran it into the endzone for one of the most dramatic Super Bowl comebacks and collapses we have ever witnessed.