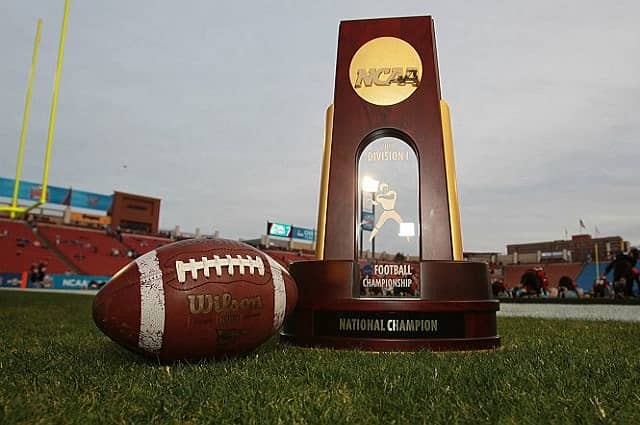 Is there anything better than looking at the April and May calendar and realizing that we get to watch some college football? We can thank COVID for the unusual schedule this year as the FCS season, and its corresponding playoffs, were postponed last fall to this spring.  The timing isn’t the only thing that changed as the bracket structure has reduced the playing field from the traditional 24 teams to only 16 teams.

The first-round matchups have been announced and all I can say is that we are in for some exciting football over the next few weeks. Before we jump into the specific clashes, and I highlight a couple of games that I am really excited to watch, let’s explain how this works and what the dates are that you should know.

Then we have 12 remaining teams who were not given a top four ranking but will also be playing in first-round matchups. After the first-round matchups, there will be quarterfinals on May 1 or 2nd, followed by the Semi-Final games on May 8. The Championship game will be played on Sunday, May 16 at Toyota Stadium in Frisco, Texas.

Here is the schedule for the first-round – all times EST.

I know what you are thinking. How can I watch every single one of these games at once? Trust me, I get it. The bittersweet part of all of this is that once these games are over, we have to wait until August for another football game in the college-sphere. Now, let’s take a closer look at two games that I am particularly interested in watching.

This one is interesting because Weber State is going to be playing with a massive chip on their shoulder. This is a team that had a legitimate shot to be ranked in the top-four and they didn’t receive a ranking at all. The AFCA FCS STATS Perform rankings had Weber State at number three. They are undefeated and rolling into their fifth-straight FCS playoff appearance. It will be interesting to see if they are going to take a little bit of anger out on a Southern Illinois team that went just 5-3 overall in their regular season. If Weber State performs like they did all season, watch out, Salukis.

NDSU has eight FCS National Titles, all of them coming since 2010. But this season has been different ever since quarterback Trey Lance left after playing one game in the fall before the season was postponed, and opted to focus on training for the NFL draft. This Bison went just 6-2 this season, their most losses since 2016. Eastern Washington is a team they have faced twice before in the playoffs since 2010. The last matchup was in 2018 when the Bison beat them for the FCS National Championship. This could be a year when the 5-1 Eagles play the underdog role perfectly and knock out NDSU in the first round for the first time in Division I FCS history.