Although Georgia lost to Alabama Saturday in a battle of top-three teams, the Bulldogs aren’t out of the College Football Playoff picture just yet.

The Allstate Playoff Predictor gives the 3-1 Bulldogs a 28% chance at making the playoff, fifth best in the country this week.  Clemson tops the list with an 87% chance, while Alabama is second at 81.6%.

Things will probably change dramatically next weekend when the Big Ten kicks off. Ohio State, Wisconsin and Penn State are all among the top eight teams to have a shot at making the playoff.

In the Pac-12, two teams – Oregon and USC – find themselves in the top 10. Their conference doesn’t begin play until Nov. 7.

Here is a complete look at the top of the CFP projections picture after Week 7: 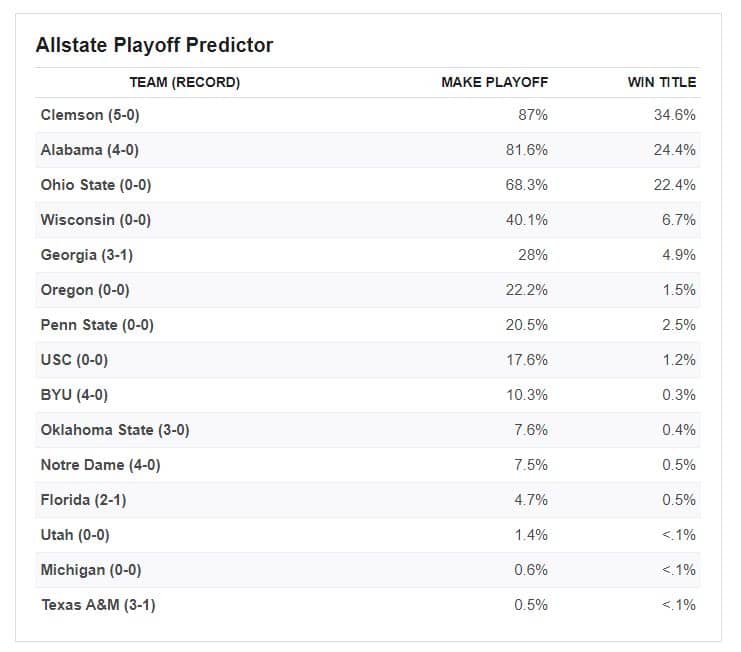