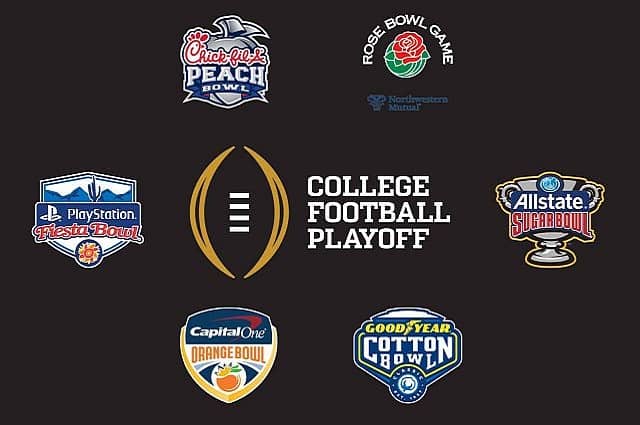 ESPN will televise 31 of the 37 bowl games, starting with the Tropical Smoothie Café Frisco Bowl on Dec. 19 and concluding with the College Football Playoff National Championship on Jan. 11.

Once the bowl season starts, there will be at least one game every day through Jan. 2, except for the two Sundays in that time frame.

The College Football Playoff begins New Year’s Day, with the Rose Bowl Game and Allstate Sugar Bowl serving as semifinal hosts. Those games will be preceded that day by the TicketSmarter Birmingham Bowl, Chick-fil-A Peach Bowl and Vrbo Citrus Bowl.

The Goodyear Cotton Bowl Classic will be the first among the New Year’s Six bowl games to be played, on Dec. 30, with the PlayStation Fiesta Bowl and Capital One Orange Bowl taking place Jan. 2.

ESPN’s busiest day of the bowl season will be Dec. 26, when it televises six games. The Tony the Tiger Sun Bowl and Arizona Bowl (both Dec. 31) will be broadcast by CBS and CBSSN, respectively.

Click here to find the dates, times and TV channels for every game –  Bowl Schedule.