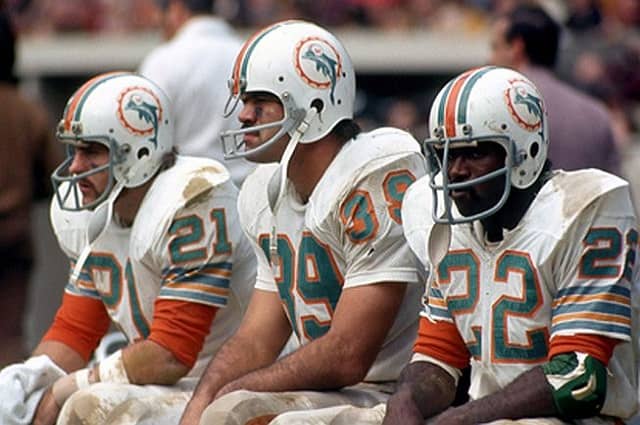 Repeating as Super Bowl Champs was not all that uncommon in the 80s and 90s, but somehow this ‘04 Patriots team was the last to do it, earning them a spot on this list. Tom Brady was in the first of his primes during this stretch and the Patriots defense was as tough as ever. The Pats went 14-2 in the regular season and dominated throughout the playoffs. Their victory over the 1-seed Steelers, 41-27, in the AFC Championship Game was dominant. The Pats defense put up a stellar performance in that Super Bowl, edging out Donovan McNabb and the Eagles.

The one and only Brett Favre Super Bowl came on the back of one of the greatest teams ever. With Favre as their QB, their offense had no issues scoring points, as it ranked first in the NFL. But what many people forget about this team is that their defense was just as stellar as its offense. The Packers ranked first in the league in points allowed with just 13.1 a contest. Desmond Howard was the Super Bowl MVP that year which shows the depth of their talent. The New England Patriots led by Bill Parcells didn’t stand a chance against Favre in that Super Bowl.

When you say the Chicago Bears, you almost want to add 1985 in front of it because this team was just that good. Of course, the first thing that comes to mind is their defense, which ranked first in the league and allowed opponents just 12.4 points per game. But don’t forget their offense which ranked second in the league that year. They scored a franchise record 456 points that year and were led by the great Walter Payton. The Bears allowed less than 200 points in the regular season on their way to the win.

There can be an argument over which Niners team was better, ‘84 or ‘89? I would say the ‘84 team was the best that Bill Walsh had, but this ‘89 team was the best overall. The offensive weapons that Montana had were far greater, but still included Jerry Rice. They ranked first offensively and third defensively in points allowed. They were the first and only team in NFL history to have a +100-point differential in the postseason to show off just how dominant they were against the league’s best.

The only undefeated team to win a Super Bowl must be number one on this list, even if they only played 14 regular season games. Don Shula’s squad was dominant and fierce. They ranked first in offense led by QB Bob Griese, WR Paul Warfield and a world-class backfield. The renowned No-Name defense also ranked first statistically, allowing just 12.2 points a game, less than the ‘85 Bears. Led by RB Larry Csonka and LB Nick Buoniconti, there were seven future Hall of Famers to play on this team and they went on to win the championship the following year as well.