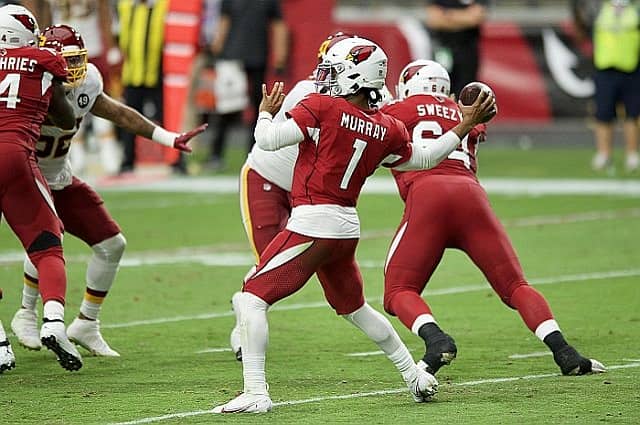 It’s time to cue up the Monday Night Football theme song, watch those highlights that get you amped, and prepare for the 2022 NFL season. We had an incredible season to watch in 2021 including a few playoff games that may go down as all-time classics. There is an exciting rookie class coming into the league, TONS of star players flipped teams, and the action should be second to none. We’re here to hand out divisional previews. Here’s our 2022 NFC West preview.

It was quite the year in the NFC West with three teams making the playoffs and plenty of awesome storylines throughout the season. First and foremost, the LA Rams were the story of the NFL season, winning the Super Bowl and blowing by the likes of Tom Brady to get there. However, they were challenged by the San Francisco 49ers who went from a team that looked like they would miss the playoffs to nearly winning the NFC Title Game. The biggest disappointment may have been the Arizona Cardinals who started the year as the best team in the NFL through the first half of the season but quickly cooled off and had a quick first-round exit in the postseason thanks to the Rams. The Seahawks were down in the dumps thanks to an injury to QB Russell Wilson that the team could not overcome.  Now Wilson has sailed off to Denver, leaving the conference all-together. The Rams’ WR Cooper Kupp put together an all-time great season, winning the Offensive Player of the Year and Super Bowl MVP.

The Rams are right back at the top of the boards in Vegas to win the NFC West. Right behind them are the 49ers, however there is a lot to monitor with San Francisco as QB Jimmy Garoppolo has yet to be traded and it was made clear that Trey Lance was going to be the starter after last season. The Niners defense is still top-notch, and they have weapons in TE George Kittle and WR Deebo Samuel. The Cards can’t be counted out after trading for WR Marquise “Hollywood” Brown and giving Kliff Kingsbury a sizable extension which shows they trust the head coach.

Coming off a Super Bowl win, it’s hard to imagine Stafford regressing, but sometimes that is the case for quarterbacks who wait their whole careers to win and finally do it. Stafford turned 34 one week before the Super Bowl and should be able to play another handful of seasons assuming he stays healthy. However, if he can’t play at a high level as he did last year, this Rams team won’t be the same.

He was the major addition that the Cardinals made last year but was injured in the seventh game and missed the rest of the season. The Cards invested a lot in Watt and need him to play at a Pro Bowl level.

This is always a tight division and while I believe Seattle shouldn’t cause many problems, we could have three teams fighting for the playoffs again. Losing LB Von Miller won’t help, but my gut is telling me that LA is still the best team, and I am sticking with it. Record: Rams 12-5