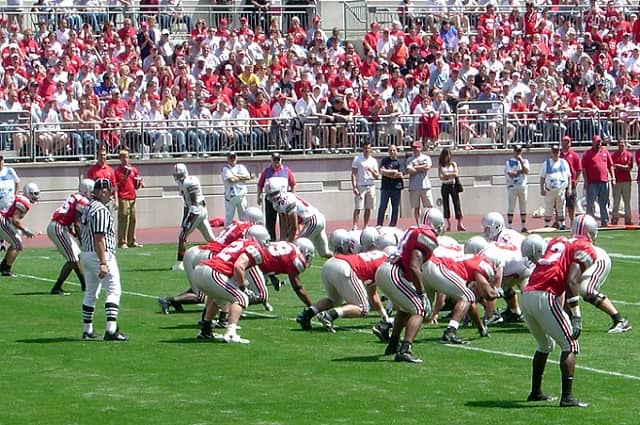 The college football season is set to kickoff Saturday, August 27, and it’s poised to be one of the more exciting seasons in recent memory. For starters, multiple teams have plans to flip conferences, and some old conference rivalries may be played for the last time. Players are on the move more than ever now, and these athletes know that with each play and each big game, they open doors for transfer opportunities and NIL deals. It should be fun, and we have you covered with our Power 5 conference overviews.  Here’s our 2022 Big Ten football preview.

The Big Ten was a conference that had a very good offseason. In a shocking move, it was announced that they will add USC and UCLA come 2024. It’s a move that keeps the Big Ten in the conversation of super conferences and will make them attractive to other big schools looking to make a change. The biggest fish in the pond is Notre Dame and it is clear that the Big Ten has had their eyes on the Fighting Irish for a few years now. Who knows, maybe they eventually try to get Oregon and Washington as well. For the time being, they are in a good spot and have current power players in Michigan, Ohio State, Michigan State, and Wisconsin who are consistently in the CFP picture.

It was a great year for Michigan and a bad one for Ohio State. No, the Buckeyes didn’t have a losing record or even miss out on a big bowl game (they were Rose Bowl champions) but they did lose to the Wolverines and had a nice winning streak snapped which is all these fans really care about.

Michigan was the best team in the conference, defeating Iowa in the Big Ten Championship Game, but they came up short against Georgia in the College Football Playoff, getting absolutely slammed in the coveted semi-final game.

Iowa was at one point the second-ranked team in the country and then Purdue quickly came in and ruined their parade. Michigan State had an excellent season that ran out of steam, but the future is bright.

I would anticipate that the typical powers of the Big Ten will return to regular form in 2022. Ohio State has the potential number one overall pick in C.J. Stroud playing quarterback and he proved that he has what it takes to win in big spots and make big plays.

Wisconsin could have a bounce back year themselves. While they return just eight starters, this program is built on consistency. I personally don’t trust the offense of Iowa to make a big leap and Purdue had a nice campaign a year ago, but this team has also proven to be inconsistent time and time again.

Michigan and Michigan State just have the unfair disadvantage of playing in the same division as the Buckeyes.

Ohio State may not be just the best team in the Big Ten but I would go on a limb and say they could be the best team in all of college football. Alabama will be coming for a Natty after losing last season, and I could envision them seeing the Buckeyes later down the road. Potential Heisman Candidate: C.J. Stroud – Ohio State – QB