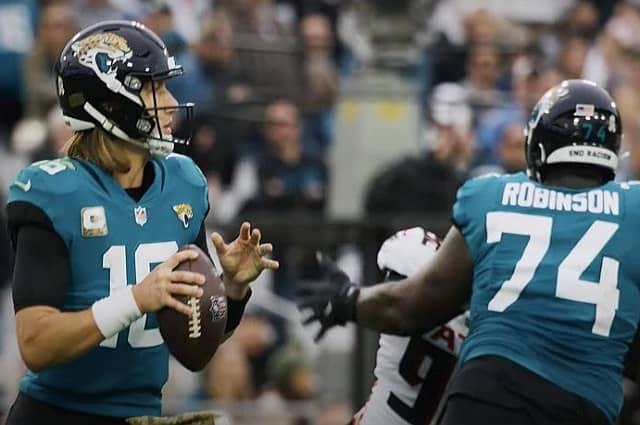 It’s time to cue up the Monday Night Football theme song, watch those highlights that get you amped, and prepare for the 2022 NFL season. We had an incredible season to watch in 2021 including a few playoff games that may go down as all-time classics. There is an exciting rookie class coming into the league, TONS of star players flipped teams, and the action should be second to none. We’re here to hand out divisional previews. Here’s our 2022 AFC South preview.

The AFC South was a bit of a mess in 2021. The Tennessee Titans took the division by a large margin, with 12 wins. Their season ended quickly with a surprise upset at the hands of the Cincinnati Bengals. The Colts were the biggest disappointment, losing an absolute embarrassment of a game to the Jacksonville Jaguars in the final week of the season which would have guaranteed them a playoff spot. After that, the division really fell off. The Jaguars were a total disaster. The Urban Meyer experiment ended in the maybe the worst way possible and it may have even stunted the growth of first overall pick QB Trevor Lawrence. On top of that, the Titans had another poor season which resulted in the firing of yet another head coach. The AFC South ended the year with very little to show for itself.

The Titans are back at the top to win the AFC South but the steam that this team has created has begun to fizzle a bit. QB Ryan Tannehill regressed last season, they traded WR A.J. Brown, and RB Derrick Henry isn’t getting any younger and has been used extensively the last few seasons. Their biggest challenger in the division will be the Indianapolis Colts who have a new QB. After dumping Carson Wentz to the Washington Commanders, the Colts traded with the Atlanta Falcons for Matt Ryan, who may have 1 or 2 good seasons left in the tank to take a team with a tremendous defense to the promised lands. Lovie Smith and Doug Pederson will do their best to guide the Houston Texans and Jaguars to better seasons but there is a high probability that both find themselves towards the bottom of the NFL.

Coming out of college, he was deemed the next Peyton Manning and boy did he certainly have a Manning-esque rookie season. Just like Manning in his rookie year, Lawrence looked bad, his team looked bad, and the fans weren’t thrilled. This will be a great chance to show that year one was a fluke due to a bad head coach and that he can turn things around.

He’s one of my favorite players in the NFL thanks to his sheer talent and will and now he has a legit quarterback running the ship. There is a very good chance that we see Leonard play in a meaningful playoff game this year and I am all for it.

I am all in on the Colts taking the next step with Matt Ryan and regaining a division title, ripping it away from Tennessee. They’ve proven that they can beat their division rival and now they just need to put it all together. Record: 11-6