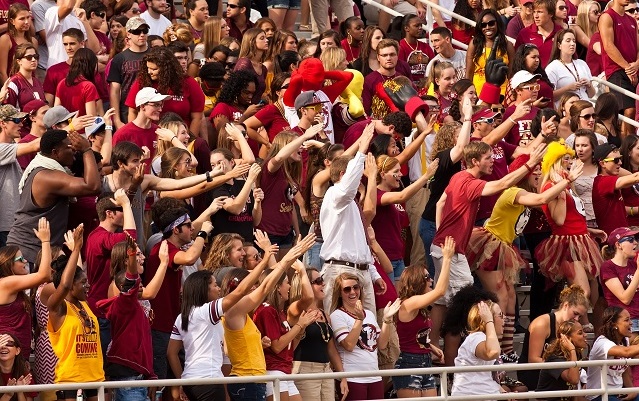 The Seminoles’ rich tradition and folklore and weather so sunny and perfect it’s almost unfair make game day in Tallahassee a must on any college football fan’s bucket list.

Perhaps one of the most iconic traditions is Chief Osceola riding an Appaloosa named Renegade onto the field and thrusting a flaming spear at midfield prior to kickoff of every home game. There’s also the famous war chant, a fan favorite dating back to the 1984 game with Auburn. 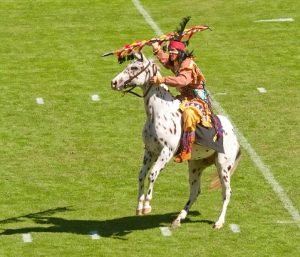 One of the more peculiar and beloved traditions at FSU is the Sod Farm, a legend that took root, so to speak, 55 years ago.  In 1962, as the Seminoles finished their Thursday practice prior to a game against the Georgia Bulldogs in Athens, a long-time professor and member of FSU’s athletic board, Dean Coyle Moore, challenged the Seminole squad, saying, “Bring back some sod from between the hedges at Georgia.”

The Seminoles defeated the highly favored Bulldogs 18-0, and team captain Gene McDowell pulled a small piece of grass from the field, presenting it to Moore at the next practice. The sod was buried on the practice field as a symbol of victory and a monument was placed to commemorate the triumph, giving birth to this important, if slightly quirky, tradition.

When tailgating on campus, check out Lot 14. Regarded as one of the top tailgating spots at FSU, Lot 14 provides the feel of a park in the middle of all the action on Saturdays. For those who want to party close to campus but aren’t interested in standing around in the hot Florida sun all day, check out the cool and funky Madison Social gastro pub in nearby Collegetown.