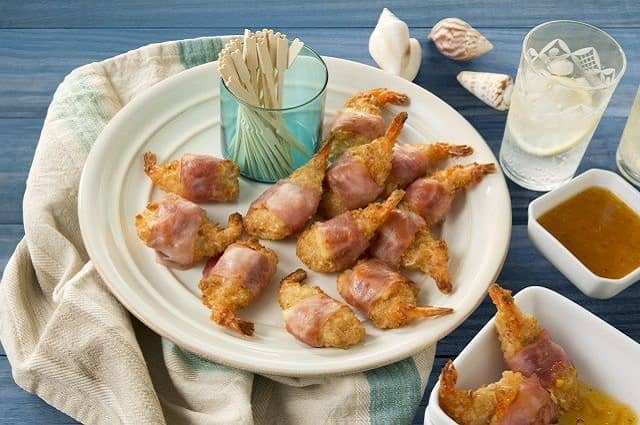 Cut tails off shrimp and cut shrimp in half, crosswise.

Place a water chestnut slice in center of each strip of meat.

Top each chestnut slice with piece of shrimp, smear of peanut butter, drizzle of Sriracha, and pineapple slice.

Fold one side of meat over filling, roll and place (seam-side down) on baking sheet lined with parchment paper.

Bake for 5 minutes, then broil for 2–4 minutes, until bites are slightly brown on top.

Place toothpick in each bite and drizzle with orange marmalade sauce.