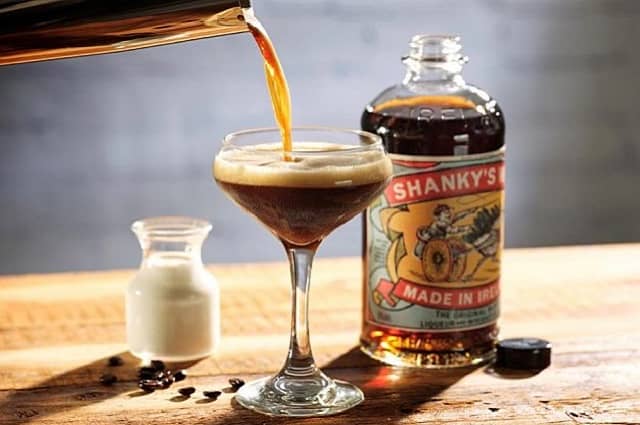 According to Wikipedia, St. Patrick’s Day is a cultural and religious celebration held on March 17, which is the traditional death date of Saint Patrick, the foremost patron saint of Ireland.  Saint Patrick’s Day is celebrated in more countries than any other “national day” and is certainly a day of Irish pride in the U.S.  While many of us may think of drinking green beer to celebrate the day, our friends at Shanky’s Whip have provided some alternative St. Patrick’s Day drinks that you may enjoy.

Shanky’s Whip is the perfect Irish tipple to enjoy on St Patrick’s Day – a combination of Irish spirits and aged pot still whiskey, blended with the natural flavor of vanilla and infused with caramel. All these flavors combined make a deliciously smooth and creamy drink which can be enjoyed on its own over ice or mixed in a cocktail. You can even drop a shot into a pint of cold stout and savor the combination of toe-curling textures and flavors.

Try one of these St. Patrick’s Day drinks as we honor the Irish!

Prepare cream by lightly warming and whipping or shaking. Pour Shaky’s Whip, sugar, and hot coffee into a warmed glass and stir. Float the heated and aerated cream over the back of the warm spoon.

Drop a shot of Shanky’s Whip into an ice cold pint of your favorite Stout. Drink up!

Pour Aperol, Shanky’s Whip, bourbon, and bitters into a tall glass filled with ice. Stir with a long bar spoon. Put a big ice cube in an Old Fashioned glass and then strain into the glass. Garnish with orange slice and cherry.

Layer ingredients into an ice cold shot glass, then throw it back!

Shake with ice and serve in a chilled martini glass. Garnish with a few coffee beans.