Remember The Alamo for Summer Drinking 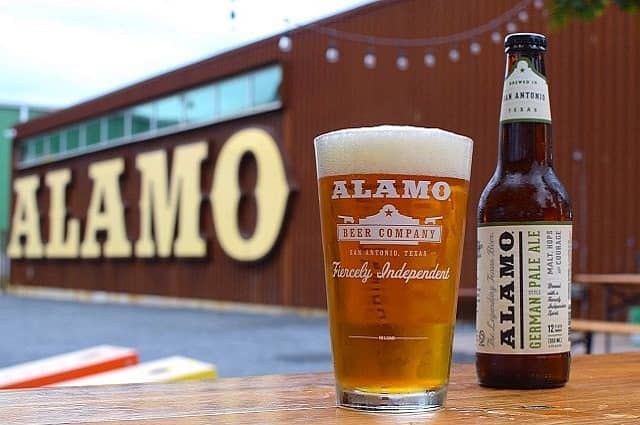 Remember The Alamo for Summer Drinking

If you’re planning a trip to San Antonio this summer, Alamo Beer Co. is a great place to cool off while enjoying a frosty beverage. Located a half mile from its namesake, the expansive brewery and taproom is the largest of its kind in the city and brews some of our favorite local beers. From sours to porters, and bocks to pilsners, you’ll have a diverse assortment of beers to choose from while enjoying live music, playing a game of cornhole or resting up after the weekly community yoga class.

Pouring pure and honest Texas beer since 2016, each Alamo Beer Co. brew has been developed to tell a story. They celebrate San Antonio, The Alamo, and the fiercely independent Texas spirit with beers like the Davy Bockett, a true German-style Helles Bock brewed with roasted malts and German hops, or the Alamosaic IPA, a hoppy beer with a touch of Texas grapefruit. The brewery also prides itself in making creative pours like the Tiramisu Porter that’s brewed with cocoa nibs and aged in cognac barrels.

In addition to over 16 beers on tap, Alamo’s Beer Hall also serves superb bites that were developed to go with their brews. The impressive menu covers all your bar food favorites, like the Alamo Bier Cheese made with their Golden Ale and Queso Blanco served alongside a pillowy jumbo Bavarian pretzel. The Pulled Pork Alamo Nachos are also a must-order snack after a long day exploring the city.

In the meantime, try the recipe for their Alamo Queso at home!

Over a double boiler or in a heatproof bowl set over a medium pot of simmering water, heat all the ingredients, stirring occasionally until creamy and smooth. Season with salt and pepper. Transfer to a bowl and serve with tortilla chips and fresh vegetables for dipping.