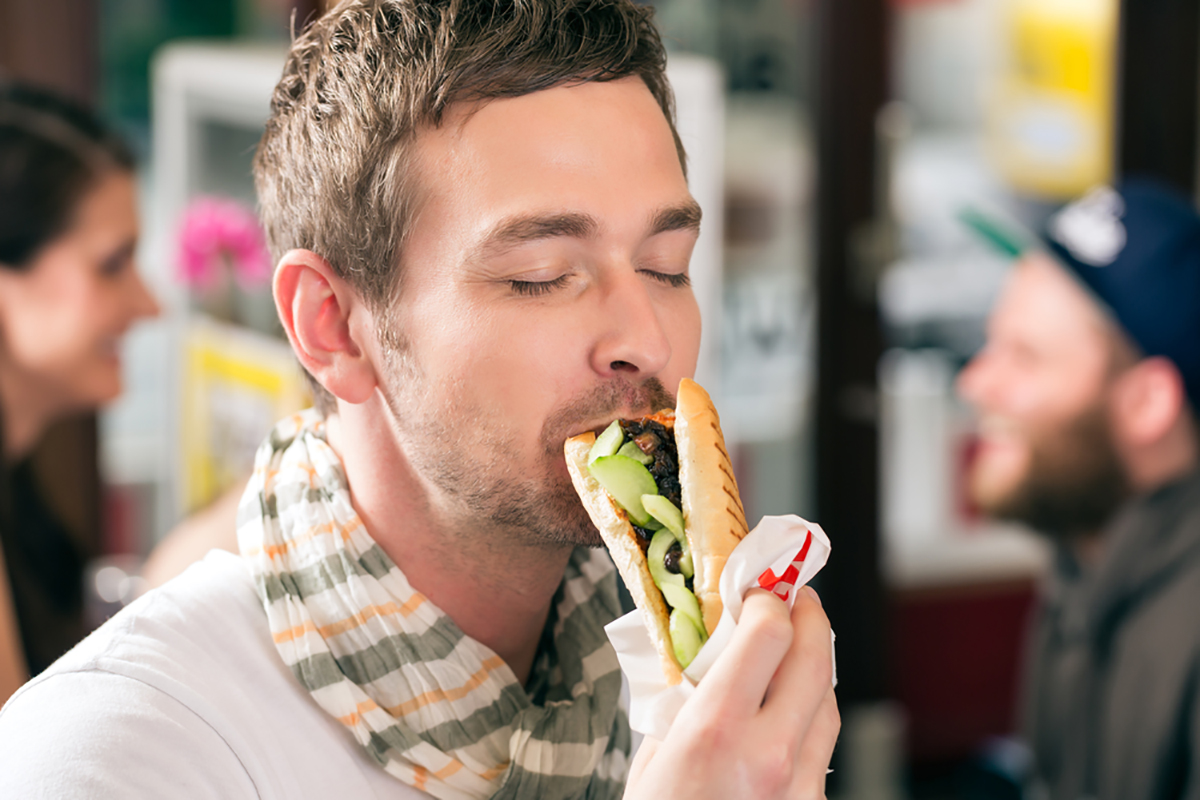 What To Eat At Sweet 16 & Final Four Venues

By Kzenon, Shutterstock By Loyd McIntosh

As the NCAA Men’s Basketball Tournament moves into the Sweet 16 and beyond, it’s time to get serious about what snacks to nosh on while you watch some team from North Carolina win the title (Tarheel State fatigue, anyone?). However, if you’re lucky enough to score a ticket to one of the venues for the Sweet 16 weekend or the Final Four, make sure you arrive hungry and try out one of the most creative and interesting concessions at each of the remaining March Madness venues.

Staples Center – West Regional
Los Angeles
If you thought the melting pot that is Los Angeles would influence the food at the Staples Center, you’d be right. The home of the NBA’s Los Angles Lakers and Clippers is well-known for inventive concessions from all over the world.
A recent entry to the Staples Center’s concessions line-up is BS Taqueria, an offshoot of a modern Mexican restaurant launched by Chef Ray Garcia. BS Taqueria offers authentic street tacos such as pork shoulder carnitas, flank steak carne asada, and guajillo-marinated chicken. Basketball fans with a sweet tooth can also sample Garcia’s famous churro which comes with a side of chile-chocolate dipping sauce.

Eat like an all star, @NBAAllStar fans, and grab these Asada Nachos at @BsTaqueria @STAPLESCenter tonight during the game #NBAAllStar #AllStarWeekend pic.twitter.com/MifMhuYfJD

Located in the heart of Atlanta’s bustling and active downtown, Philips Arena is surrounded by one of the most diverse populations in America. That’s why it’s kind of puzzling that the concessions at the home of the NBA’s Atlanta Hawks are just a wee-bit pedestrian and mostly made up of the usual suspects – pizza, burgers, chicken wings, and hot dogs.
However, if you’re lucky enough to find yourself on the Club Level, well, that’s when things get interesting. Chops Lobster Bar, ranked by Zagat’s as one of the nation’s best steakhouses, has a location at Phillip’s arena – Chops Clubside. There you’ll find upscale takes on game day food, such as the French Dip Burger, lobster, and Parmesan truffle fries.

This is why Phillips Arena will always be my favorite concert venue. Real food. #garthbrooks #phillipsarena #atlanta #realfood #chopsclubside #wheelchairperks

TD Garden in Beantown frankly has it going on when it comes to original concessions. Fans checking out the action at the home of the Boston Celtics don’t have to go far to find something new to satisfy their game day cravings. Just looking at the available options and you know you’re in Boston, with such local staples as clam chowder, lobster rolls, and 18-inch slices from Sal’s Pizza, a local fave.
If you’re feeling adventurous, wander over to the Frito Lay Test Kitchen. Debuting in 2015, the Frito Lay Test Kitchen offers of some truly eyebrow-raising inventions, such as the Cheetos waffle and chicken sandwich. You read that correctly – Cheetos waffle and chicken.

When in Omaha for a sporting event, you would naturally think beef is the specialty of the house. However, CenturyLink Center in the Cornhusker State’s largest city has surprisingly varied concession options. Among the usual game food, you can find other ideas, such as sloppy joe and pub chips, BBQ nachos, and Mediterranean chicken sandwiches.
Of course, beef takes center stage but in some interesting options, including the French dip sandwich, Philadephia-style cheesesteaks, beef tenderloin sandwiches, and Italian beef sandwiches.

The concessions in the Alamodome reflect the city of San Antonio’s commitment to local favorites and the city’s rich history – a combination of the flavors and styles of the Southeast and Southwest.
For instance, fans in San Antonio for the National Championship game can sample fried chicken from Earl Abel’s, a local tradition since 1933, Caseros-style Mexican food from Los Barrios Family Restaurant stand, and barbecue slow-cooked for up to 14 hours using aged oak and mesquite woods from Big Bib Barbecue.