7 Unique Things to Put in a Tortilla 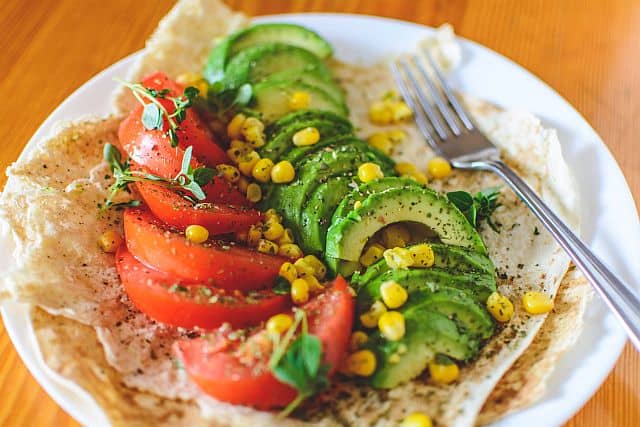 7 Unique Things to Put in a Tortilla

When it comes to tortillas, most people’s imaginations are limited to wraps containing beef or chicken, and cheese, that’s it. While the Mexican classics are quite popular – and rightfully so, they’re delicious – there are tons of unique non-traditional ways to enjoy tortillas. Whether savory or sweet, tortillas are incredibly versatile and will have you making a different type of meal each day of the week with them.

If you want to make your own tortillas this will help you do so.

Breakfast Cup:  Start the day off right with fluffy scrambled eggs in a convenient handheld tortilla! Cook eggs and bacon separately. Place tortillas in medium-sized muffin tins and bake at 350 degrees for five minutes. Once hardened, scoop on your eggs and chopped bacon bits into the shells. Sprinkle cheddar cheese and chives on top and let it warm in the oven for a few minutes so the cheese melts.

Shrimp Delight: Generously season shrimp with salt, pepper, onion powder and paprika. Sauté in a skillet until the opaque color turns a fleshy pink and white. Cut asparagus tips and stir them in to add a crunchy texture. Assemble the tortilla; add quarter-inch slices of avocado. And drizzle on chipotle mayo for a smoky, spicy and sweet finish.

Veggie-Lover: Laying off the meat for a while? No problem. Chop red and yellow bell peppers lengthwise, (the red ones have a beautiful sweetness to them), along with slices of tomato, onion and zucchini, and sauté for six minutes until tender. Drain a can of corn and combine with your mixture. Dole out over a charred tortilla and crumble a handful of feta cheese on top.

BBQ Pulled Pork Fajitas: Using a fork, shred pieces of tender slow-cooked pork, (as it should already be falling off the bone). Lightly brush the inside of the tortilla with BBQ sauce, then place in the meat, along with shredded cheddar cheese. Fold over once, then fold again to seal the bottom and form a pouch. Heat over medium high in a in a pan to crisp up the outside of the tortilla.

PBC (Peanut Butter and Chocolate) Quesadilla: Satisfy your sweet tooth with this easy no-bake recipe. Spread butter on the inside of the tortillas and sprinkle with cinnamon; heat them in a pan until slightly crisp and golden brown. While it’s still warm, spread three to four tablespoons of peanut butter on the cinnamon-coated side, add a handful of chocolate chips and place the other tortilla on top. Cut into pizza-like slices.

Caprese Pinwheels: From Mexican to Italian, this new take on a tortilla will have you saying ‘momma mia! Layer alternating slices of fresh mozzarella and tomato, adding a basil leaf between each. Drizzle with olive oil. Roll them up and place in the fridge. Once chilled, take them out and cut into thick slices when you’re ready to eat.

Fruit-Filled Flatbread: Think of a crepe…but with a tortilla instead. In a bowl, whisk an egg, milk and cinnamon, and dip both sides of the tortilla in mixture. Then heat it in a skillet until golden brown. Spoon vanilla yogurt into the center, followed by strawberries, blueberries, and granola. Fold up over and enjoy!