The Strangest Ingredients Found in Beer 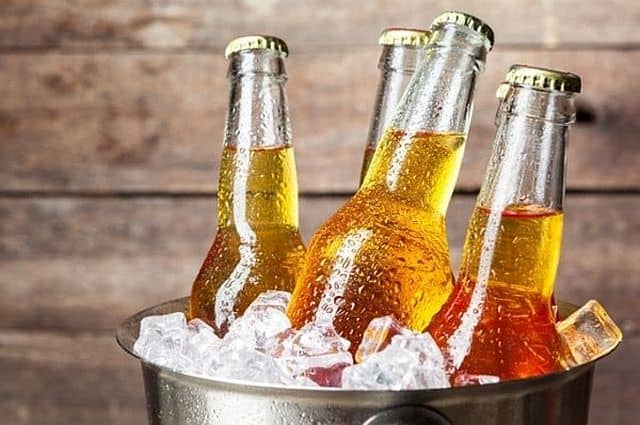 For those of us who are fond of craft beers, we know that experimentation is half the fun. How else would you get a golden ale flavored like strawberry shortcake or a Lucky Charms-themed IPA? But sometimes, in the spirit of experimentation, brewers hit upon some frankly bizarre ideas. Whether these strange ingredients found in beer are any good, we’ll leave to you to decide.

If the name Krispy Kreme conjures up images of a red, neon sign announcing fresh, hot doughnuts and sweet, glazed disks of pure, unadulterated bliss—it’s time to get excited. A pair of Florida brewers created “Donut Quote Me On This Imperial Doughnut Stout.” As the name suggests, it’s a Russian Imperial stout, but each batch is made with two dozen glazed or cream-filled doughnuts.

Nothing beats a night at your local pizza joint with a cold beer in one hand and a pepperoni slice in the other. St. Charles, IL’s Pizza Beer Company certainly thought so. They decided to take one of their margherita pizzas and steep it into their mash like a teabag to create “Mama Mia! Pizza Beer.” From what we hear, it smells and tastes how you’d expect: like beer and pizza.

Many of us grew up wanting to be astronauts. Precious few of us succeeded. And for those who didn’t, there’s Dogfish Head Brewery’s exclusive: Celest-jewel-ale. They teamed up with the company that makes NASA space suits to acquire dust made from lunar meteorites. This may be one of the strangest ingredients found in beer yet, but at least you’ll have an out-of-this-world experience.

Beer can be an adventure. Whether you’re shopping for your next tailgate party or you’re a homebrewer who has already picked out their hops, take our advice. Leave behind the status quo and go big or go home.