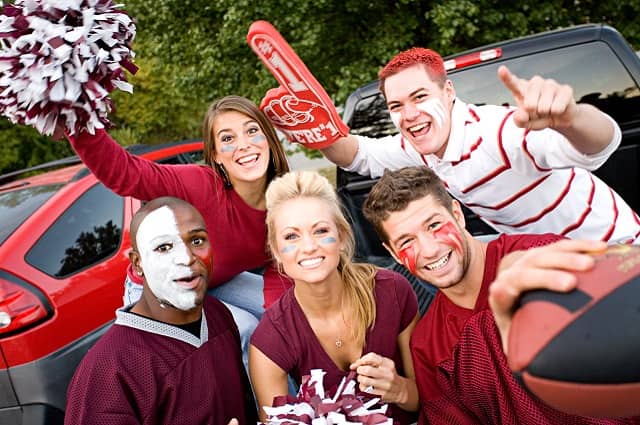 Team loyalty trumps everything else when you’re a sports fan, particularly football. Here are the best ways to show love for your favorite team.

With football, there are a lot of teams, and while some teams and players can move around, many fans stick to one team—their team. Team loyalty is a huge thing with football; it can create friendships, memories, and even romances. After all that, you want to take your team’s loyalty and admiration to the next level. Read on for some of the best ways that you can show love for your favorite team.

A great way to show loyalty and love to your favorite team is to go all out when decorating your game room. You probably have a big comfy chair or couch and a large TV with surround sound, but you can go further. There are team-branded versions of almost everything for your room, and you can invest in some old-school memorabilia from the olden days of your team. Doing that can show everyone that you’re with them for the long haul and that you’re not a band waggoner who will drop them. Similarly, don’t forget to show appreciation for the team’s new players and get their jerseys and other items to show your love runs deep.

Tailgating is when you celebrate your team and hang out with other fans before the game at and around the stadium. While many have seen tailgaters and participated in the festivities a little bit, fewer have done the tailgating themselves. To properly tailgate, you’ll need some must-have game day tailgating supplies, such as food, a grill, tents, chairs, speakers, drinks, and a cooler.

Think about it as a backyard party or BBQ, but instead of your backyard, it’s the stadium’s backyard, and you’re the party’s host. You can have a good tailgating experience without some of these items, but you will surely have an unforgettable time when you get all the necessities!

Donate to the College

If you’re a big football fan, you’re probably a fan of the NFL and the NCAA but supporting your favorite college team can be harder. They have branded merchandise too, but nowhere near as much as the NFL. Instead, you’ll need to find some alternatives to show your dedication, like donating to the school’s athletic program. Typically, you can make donations directly to the team’s athletic department. It’s a great way to show dedication, and you can also get some perks. Depending on the size of your donations, you can get priority purchasing options for season tickets and access to some limited-edition merchandise, but it all depends on the school.

Show some love for your favorite team with these little tips, and everyone will point to you as the model fan they want to be! Football is a terrific vehicle for community where friends can get together and celebrate, and you must give back to your team that is bringing everyone together!