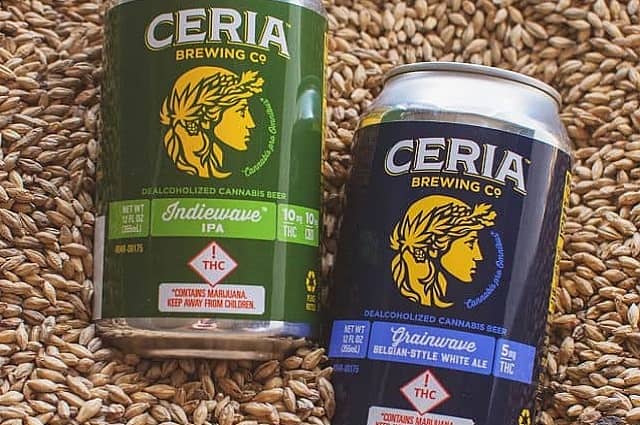 Looking for a CBD or hemp beer? How about a THC-infused beer? Navigating the world of beers and beverages that include cannabis is a bit like trying to find you way out of an escape room, without the clues. There are lots of variables, and if you’re a brewer, lots of regulations. As a drinker, you don’t really need to know the legal percentages that govern whether something is considered hemp versus marijuana. Or whether a drink is FDA-approved as a beer or a malt liquor beverage. Those behind-the-scenes aspects of the Federal Drug Administration (FDA) and the Alcohol and Tobacco Tax and Trade Bureau can get a little, well, in the weeds. So, let’s keep it simple.

First, hemp, CBD, and THC all come from the same plant: cannabis. The FDA then defines what is categorized as hemp, CBD or THC. Generally speaking, hemp is considered the least benign of the three. The effects of CBD are still being studied, but anecdotally it’s considered a pain reliever, stress reducer, or sleep promoter. THC is deemed an intoxicant.

Second, it is illegal in the United States for food and drink makers to mix alcohol and cannabis, so the hemp, CBD or THC beers we’re talking about are all nonalcoholic.

Third, beverages, foods, and dietary supplements containing CBD and THC are illegal at the federal level. However, 15 to 18 states, some with bills pending, allow the cannabinoids in food and/or drink. This eschewing of the federal government is why you can find CBD beers in states like Colorado and California. That being said, they’re not necessarily available in beer, wine or liquor stores. Each state has its own regulations. In Colorado, for example, CBD and THC beers are sold only in marijuana dispensaries.

Now for the fun stuff—who is brewing CBD and THC beers? Well, several breweries have dabbled in the category, but few have stuck around. Flying Dog Brewing Co. partnered with Green Leaf Medical Cannabis to create Hop Chronic, a nonalcoholic IPA infused with therapeutic cannabinoids. New Belgium Brewing released The Hemperor, an alcoholic IPA which contains no THC or CBD (remember alcohol and those two cannabinoids cannot legally be present together in a beverage), is brewed with hemp seeds. Two Roots launched a whole line of nonalcoholic cannabis beers: New West IPA, Tropical Infamy Hefeweizen, and Shadow Monk Belgian-style Dubbel, among others. Currently, Flying Dog and New Belgium are no longer offering their cannabis beers.

According to Keith Villa, PhD, owner of Ceria Brewing in Arvada, Colorado, and founder and former head brewmaster of Blue Moon Brewing Co. (yes, the one owned by MillerCoors), brewing with cannabis is challenging. Not only are the regulations a maze, but CBD and THC bring distinct flavors.

“If it’s the whole extract of the [cannabis] plant, you get a dankness,” Villa explains, “but if it is just the purified CBD, the only taste you get is an extra bitterness. In beer, it works well because beer is inherently bitter. But if you put it in a seltzer, you can run into flavor problems. The bitterness detracts from the flavor of the beverage—say if you’re trying to make a lemonade-flavored seltzer, the bitterness in CBD will make it taste really bitter. The bitterness can be masked but only up to a point. It’s difficult to put a 100-milligram product out that tastes good.”

Why would you want a higher milligram product? Because one of the reasons people like a CBD or THC beer is because of the effects it has on the drinker. This is a rudimentary explanation (the ongoing studies and science are more complex and detailed), but higher milligram products have an increased effect. As noted before, CBD can be relaxing; THC can be intoxicating. Sometimes, you’ll find them together in a beverage because they balance each other’s effects.

Villa admits that in beer, people either love or hate the complete cannabis extract’s skunky profile. In general, it works well, he says, particularly for IPAs, which are often lauded for their dankness. “[The flavor profile] is very complementary because it turns out that hops and cannabis are cousins. They exist in the same family tree.”

At Ceria, Villa brews nonalcoholic beers as well as cannabis beers. “Any craft beer style that exists as an alcoholic beer can be made as a nonalcoholic beer,” he says. “At Ceria, we make an IPA because that’s the most popular style in terms of sales, and we make a Belgian White because my claim to fame is I created Blue Moon. It’s a Belgian White, and it brought the Belgian White style to prominence. But we’re planning on doing some other styles of beer to keep our fans happy and to showcase our brewing expertise.”

Villa explains concepts like a good professor: step-by-step, slowly, knowledgeably and with dedication. He’s truly an expert in this field. His aim is to expand cannabis brewing, and to that end he recently published the book “Brewing with Cannabis: Using THC and CBD in Beer.” 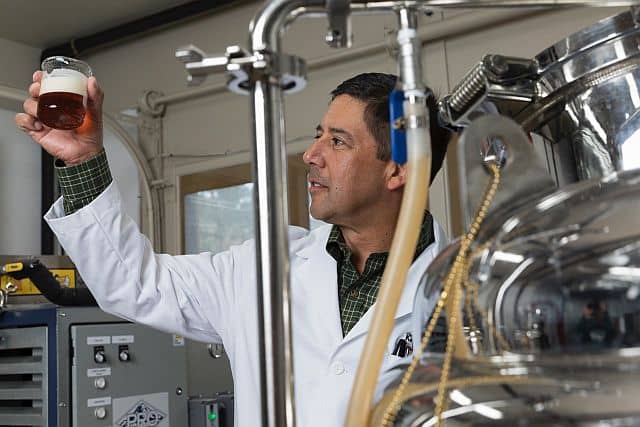