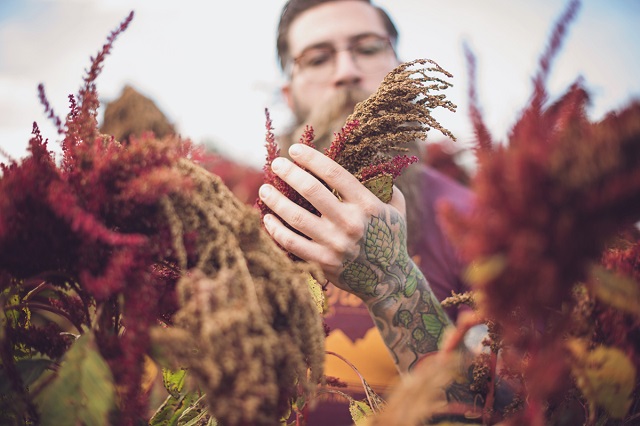 Foraged beers bring a taste of the region to tailgates

When attending the Great American Beer Festival (GABF) for the first time, you learn that the longest lines lead either to promising beers from past winning breweries or to new beers that are generating buzz. In 2017, many of the brews worth waiting for fell into a wide category known as foraged beers.

Not a reference to beer style as much as a step in the brewing process, foraged beers are those that contain ingredients that have been foraged, meaning the ingredients literally have been procured from the wild. These beers give drinkers an authentic taste of the region, which can be fun for folks who might be in town for a game or locals who want to extend their fan loyalty to the cheers in their cups. Tailgating gets a whole new palate twist when regional flavors are part of the craft beers served.

Julia Herz, craft beer program director for the Boulder, Colorado-based Brewers Association, says that “foraged beer is definitely a trend, and in a way nothing new, but getting more attention.” These handcrafted beers have been around for a while—since brewing began, in fact—because beer makers had to use what was immediately available around them. But the category has evolved.

“Brewers today are more than ever like chefs,” says Herz. “They’re using herbs, spices, whatever is available to them to flavor and enhance their new beers.” Artisanal chefs focus on farm-to-table fare, while brewers are seeing what they can pull from fields or forests to create unique combinations. 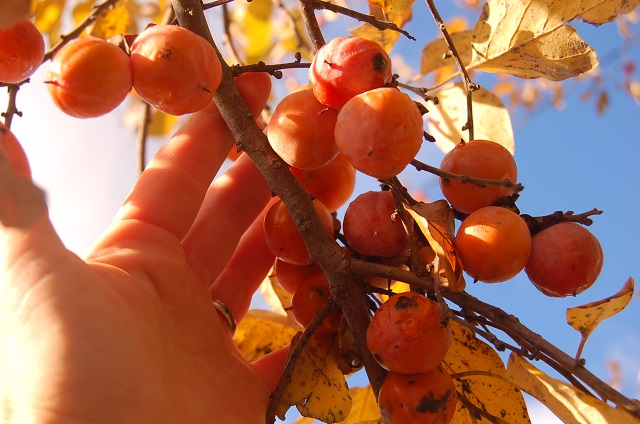 The beers themselves represent many styles: IPAs, wheats, porters, English-style ales, saisons, lagers and others. At GABF, judges find foraged beers entered as experimental beers, field beers, urban spice beers and others. In talking about brewing with leaves, bark and berries, Thad Briggs, co-owner and co-brewer of Mountain Toad Brewing in Golden, Colorado, notes that “it’s inspiring what many brewers are doing with ingredients found right in their own backyards.”

One of the forerunners of the foraged beer movement that both Briggs and Herz admire lies five miles from the Shawnee National Forest near Ava in southern Illinois. Scratch Brewing Company opened in 2013 and has garnered attention and awards for its farmhouse beers and other styles brewed with locally foraged ingredients. In 2016, the microbrewery won its first GABF medal for Oyster Weiss, a Berliner Weisse-style beer brewed with oyster mushrooms and turmeric. Other beers on the innovative brewery’s taps have included elements from field and forest: dandelion, maple sap, lavender and nettle.

In Boulder, Erin and Jake Evans operate Wild Woods Brewery. They started it as a nanobrewery with only two barrels but expanded in 2014 to a seven-barrel brewhouse. Avid outdoors people, they would often sit around a campfire and think about the ingredients around them and “wonder what they would taste like in our next recipe.” They got interested in foraged beer in part because of the experimentation aspect. “It’s just fun to think about the ingredients’ profile and what beer styles would be the best fit. And it’s very satisfying when that all comes together!” says Jake.

To be sure they are foraging for safe, edible elements, the couple has turned to guidebooks, including a few that are specific to brewing beer. They have also worked with local herbalists to increase their knowledge. Still, “just the commonly known ingredients in your surroundings are enough to fuel years of brewing experimentation,” Erin says.

“The great thing about foraged beers is they come with a story and a unique experience,” Jake says. “You’re going to get a flavor combination you’ve probably never tried before and that experience will also have a connection with the places these ingredients came from.”

For University of Colorado Boulder tailgates (or others in the Boulder/Denver area), he and Erin suggest Treeline IPA, which is brewed by Wild Woods Brewery with juniper and “is a great hoppy, crisp beer to drink outside with the foothills in view” or the Ponderosa Porter, “which is inspired by the ponderosa trees that grow along the local trails and smell like vanilla cake.” 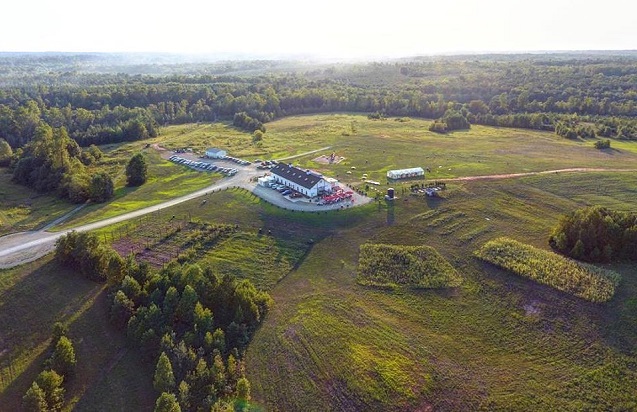 Other independent brewers are turning to the foundational ingredients of beermaking—water, wheat, hops, rye and barley. Lickinghole Creek Craft Brewery near Richmond, Virginia, grows its own barley, wheat and rye. It also cultivates its own bee hives. As a result, says CEO and cofounder Lisa Pumphrey—whose background is in wildlife conservation—they are able to brew with the ingredients immediately around them, including water that is pumped from two 300-foot-deep wells on the property.

“Water and the quality of it is the most key ingredient in beer,” says Pumphrey. The well water at Lickinghole Creek Craft Brewery only filters naturally through granite. “The amount of different mineral content and pH of the water directly impacts the flavor profile of the beer.

“Our beers reflect the true terroir of our farm and of Virginia. Forage beers are the true local craft,” she says. The one she finds best suited to tailgating—what she calls their most sessional beer—is the Scarlet Honey Hoppy Red Ale. It is available year-round and “uses local honey and estate honey from bees foraging the wildflowers, sunflowers, fields and crops of Virginia,” Pumphrey says.

When asked why someone should sip outside their usual favorites and try a foraged beer, Sean Wilson, CEO of Fullsteam Brewery in Durham, North Carolina, tells a story.

“Foraging for us is getting people out of their element and comfort zone and into the wild…Foraging forces you to slow down and focus on something other than yourself. Beer for us is an opportunity to engage in that larger conversation. We had a woman who came into the brewery and did not know what a persimmon was. She tried the persimmon beer, liked it, and ended up planting persimmon trees in her yard. That’s the kind of interaction we’re going for,” he says.

Fundamentally, they want to connect to people and one another, Wilson explains. “Foraging the way we like to do it is a group activity, it’s communal. It connects with the land and to one another.” 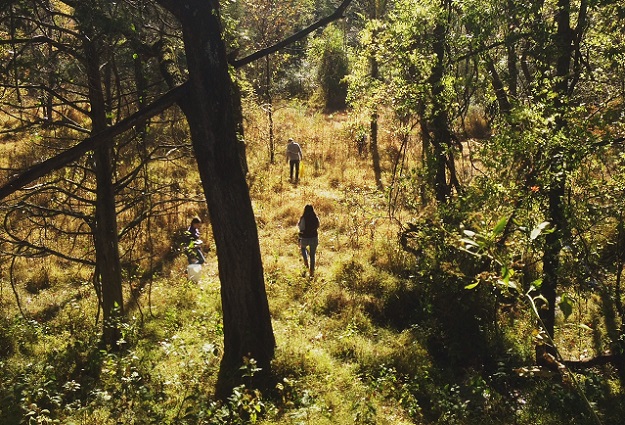 In 2017, Fullsteam sponsored a group forage in conjunction with the Triangle Land Conservancy, which conserves more than 600 acres as the George and Julia Brumley Family Nature Preserve. Volunteers from the conservancy and the brewery met to forage for black walnuts, sassafras and hickory nuts—which were brewed into a Baltic porter. Although dark in color, the beer is brewed like a lager. Foraging for the ingredients like that was “a labor of love and a bonding experience,” Wilson says.

The brewery won three Good Food Awards last January, the most won by a brewery in a single year, including one for Farm’s Edge: Brumley Forest. For each bottle sold, a dollar was donated to the conservancy.

The other beer Wilson picks as perfect for North Carolina or any Southern tailgate is Humidity, a pale ale. It’s made with North Carolina tritacle, a wheat-rye hybrid grown in the eastern part of the state. In 2017, Thrillist named it the official beer of North Carolina. Wilson says, “It’s distinct, thirst-quenching and evokes a little bit of what we’re known for in the South.”

Expanding the cooler contents to foraged craft beers gives tailgaters and homegaters an opportunity to add some adventure to their gatherings—and perhaps lead to something “wild.” 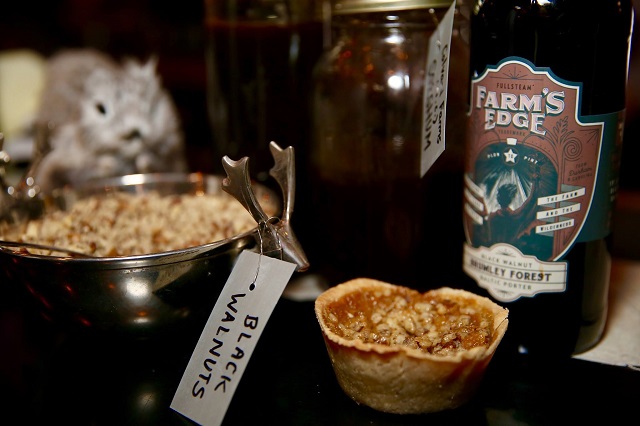