Why You Should Consider Going Vegan 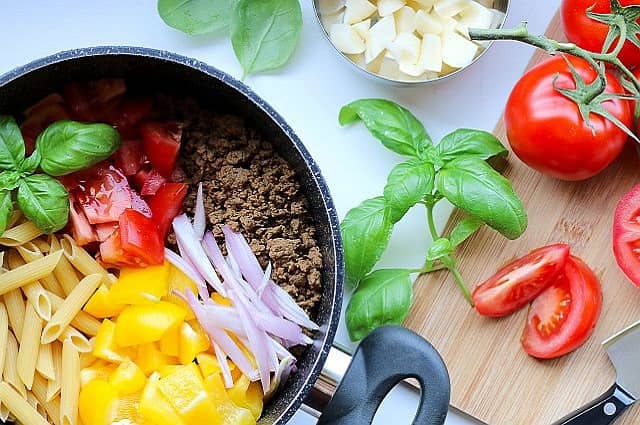 Photo by Burst on StockSnap

It might seem like the time to make a New Year’s resolution has long passed and that you have to wait a few months to come up with interesting goals to achieve. However, the truth is that you are not tied to any specific time of the year, and it is never too late to make a change for the better.

If you are seeking to both become healthier and help save our planet, you might decide to go vegan just like millions of other people around the world, including celebrities like Joaquin Phoenix or Billie Eilish. With the plant-based diet becoming the latest trend, you may be wondering why you should become a part of it.

Veganism offers many benefits. It promotes health, helps maintain a healthy weight, and boosts energy levels. Moreover, it can help you save the planet with its forests and animals, as well as give you an opportunity to cook delicious meals. If you are not that sure about whether veganism is right for you, read on and find out about its biggest advantages!

It Can Make You Healthier

First and foremost, a vegan diet is beneficial to your health. Vegans have lower rates of heart disease and cancer, as well as diabetes and obesity. In fact, research suggests that vegans are about six times less likely to develop heart disease than meat-eaters. Why is that the case? Doctors claim that eating a plant-based diet makes you feel fuller for longer, which eliminates the need to overeat, preventing you from consuming unhealthy foods.

A vegan diet is also beneficial to your brain, as researchers have found that a plant-based diet may help prevent cognitive decline. On top of that, according to research from Loma Linda University in California, people who follow a vegan diet live longer than meat-eaters. You should be able to amplify the diet’s beneficial effects by taking dietary supplements, such as the best vegan multivitamin!

It Can Help You Lose Weight

If you are looking for a way to lose weight, the vegan diet is perfect for weight loss. Vegans are less likely to become obese, as plant-based foods contain plenty of fiber, which can make you feel full for longer and make it easier for you to stop overeating. In addition, a vegan diet can help you keep blood sugar levels in check, making it incredibly useful for people who are dealing with diabetes.

It Is Environmentally Friendly

The world is running out of resources, and our planet is becoming more and more damaged with each passing day. The meat industry, in particular, poses a significant threat to the environment, and it is up to the consumers to show food manufacturers that they are not interested in eating so much meat.

Meat production uses enormous amounts of water and produces large amounts of waste, which pollute the land and water supply. Moreover, the production of meat-based food generates nearly 60% of greenhouse gases associated with food production. So, if you quit eating meat and start eating a vegan diet instead, you will help save our planet from destruction!

You Will Help Feed the World

Many people go vegan for ethical reasons. For instance, you can become a vegan to help feed the world. In theory, there is enough food for everybody, but in reality, nearly 40% of world grain is consumed by livestock, leaving millions of people starving. For comparison, the grain given to livestock only in the United States could easily feed around a billion people.

In other words, if we want to have enough food for every single person on the planet, it is essential that we start making our choices as sustainable as possible. If you decide t stop eating meat, the demand for meat will decrease, and the grain that was to be given to livestock might be given to people instead.

The Vegan Diet Is Delicious

What is more, going vegan will not deprive you of delicious food. In fact, it could be argued that a diet can be absolutely delicious without meat and dairy. The best part about a vegan diet is that you are never going to get bored with it, as you have a wide variety of healthy and delicious meals and snacks to choose from.

If you love sweets, then you should definitely try vegan desserts, such as delicious vegan chocolate or vegan doughnuts. Furthermore, there are loads of vegan fast-food joints, including Native Foods and Next Level Burger, which offer tasty plant-based meals. In short, vegan recipes can be both delicious and extremely nutritious if you choose the right ingredients.

While we cannot change the past, we can surely improve our future. The best time to make a change is right now, and the best way to do it is to go vegan! Considering all of the benefits that the plant-based diet offers, it is up to you to decide whether you want to become a part of the vegan movement or not. If you decide to become a vegan in 2022, you will get to reduce your carbon footprint and help save the planet, as well as improve your health. So, are you ready to go vegan?