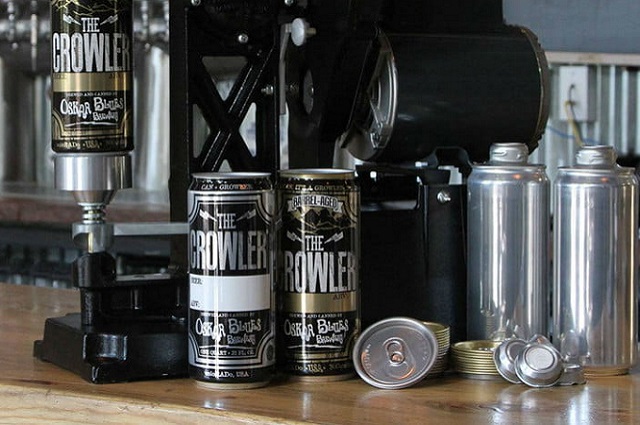 Crowlers are aluminum, quarter-gallon cans that can be filled with your favorite craft brew from the taps of your local pub, sealed right there, and toted off, staying crisp and carbonated until popped open and enjoyed—then thrown in the recycling bin. Unheard of in the glass-dominated world of craft beer.

Although the specialty containers have been around since 2014 when Longmont, Colorado-based brewery Oskar Blues formally announced them, interest in crowlers has been growing as alcoholic beverage control (ABC) laws in more states have loosened.

“ABC laws do not allow the 32-ounce crowler in Minnesota. We make 25-ounce cans for that state alone,” says Parrish Stapleton, co-owner at Dixie Canner Co., which manufactures can seamers for sealing crowlers right at the bar or brewery. He says for the past several years, some states would not allow crowler sales, but things are changing. “Texas now can sell crowlers. Here in Georgia, they just allowed it where the brewer could sell them from the brewery.”

Stapleton points to Oskar Blues as the crowler inventor, noting that though the can is manufactured by Ball Corporation, it was Oskar Blues—specifically Jeremy Rudolf, their CANovative Thinker—who pushed to put craft beer in cans. “We’ve been fortunate enough to have tremendous support from our can supplier, Ball, ever since we were crazy enough to be the first ones to put a hoppy craft beer in cans, with Dale’s Pale Ale in 2002,” explains Rudolf.

He then tells the story of how he was at Ball’s research-and-development facility in Colorado exploring nitro canning when he and the Ball folks started talking about the possibility of a tabletop can sealer. “They had modified one to seal aluminum beer cans instead of steel soup cans. I fell in love with the retro-looking machine and asked if we could put it in our tasting room to use as a method of growler sales and to also discontinue using glass growlers,” he says.

It was a huge hit. When brewery crews came through town during 2014 Great American Beer Fest (GABF), everyone wanted a machine. “So we made it happen. Crowler Nation was born,” exclaims Rudolf. “More cans in more places. Nothing could make me happier, even though it’s most often not my beer!”

So why such joy in replacing traditional—and larger—glass growlers? In short, aluminum is allowed in more places than glass, which makes crowlers ideal for tailgaters and travelers. In addition, notes Stapleton, the hermetic seal of the cans means they do not let in light or oxygen. “Light affects the flavor,” he says. Crowlers are also only 32 ounces, “which is two pints, so two people can enjoy it. And people can buy several different flavors, including the small batches.” Plus growlers will go stale in a matter of hours, whereas cans have weeks of shelf life.

That means tailgaters can plan in advance, buy crowlers directly from the brewery, and know that the cans will last six to eight weeks without losing freshness. For beer connoisseurs or those who want to support independent breweries, the crowlers enable them to bring a variety of suds to a tailgate, because each can is filled and sealed separately. Instead of a 12-pack of a single commercial lager, tailgaters could pop open a sampling of local IPAs, stouts, ambers, pale ales or sours.

“We’ve had great success with our crowler program,” says Mark Jensen, owner of the Austin Beer Garden Brewing Company, based in Texas. “And yes, the crowler is super versatile. In a three-pack, a customer is able to easily take away a good selection of our beers in one hand. They’re great for craft breweries who don’t distribute. We see our crowlers turning up all over the country.”

Blake’s Steaks Sandwich Shop in College Station gets a lot of traffic from Texas A&M students. It does not brew its own beer yet, but it offers a variety of craft beer to go, much of which leaves in crowlers. “We are the very first in Brazos County to do them,” says co-owner Blake Zeitman, who adds that this will be their first football season offering crowlers. “It’s definitely a convenience factor, as well as a chance to take higher-end, less readily available beers to the game. We’re looking forward to the Aggie football season.”

“It’s more of a lifestyle package,” adds Stapleton. “Crowlers allow someone to have convenience to do whatever they want—hiking, going to a game, going to a beach, a pool—and not have glass. Plus cans are lighter and can be crushed.”

Wild Woods Brewery in Boulder, Colorado, tells patrons how to transform their empty crowlers into a camp stove, thereby giving the can new use on the trail. Rudolf loves seeing them turned into planters. He says gardeners can run a can opener around the top to remove it. “Succulents look amazing in aluminum!” he says.

In addition, crowler labels simply extend the creativity so prevalent in the craft brewery industry. “Cans are an awesome canvas,” touts Rudolf. “Because they are metal, you can play with metallic, translucent, opaque, matte and glossy all on one label. All the translucent or matte labels on our gold can are fire.” Some of his favorite crowler labels come from Tired Hands Brewing Company and DryHop Brewers.

Although many beer drinkers would finish off a crowler in a single outing, some folks might want to cap the can. Enter the resealable crowler. This latest innovation comes with a screw cap. “It’s a nice value-added option,” says Stapleton. “Once you’ve enjoyed the beer, it’s reusable as the lightest water bottle around,” notes Rudolf. “And it’s easily turned back into a can in under two months, if you’re not a jerk and you recycle it.” 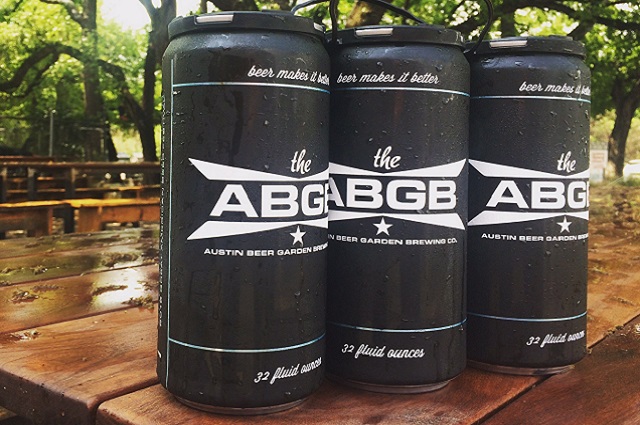