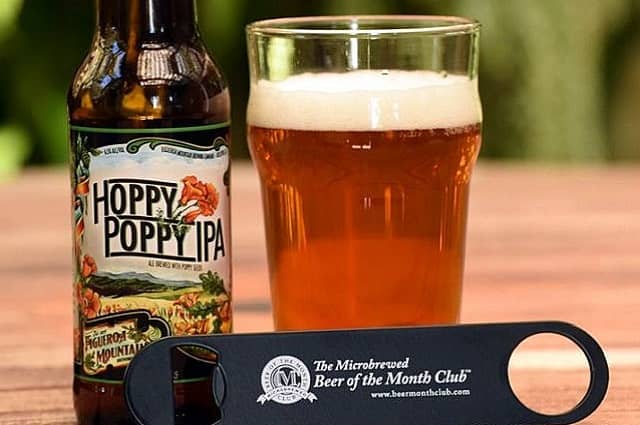 ‘Tis the season and you want to give the gift of beer but have discovered that limitations and regulations governing the shipment of alcohol are pretty overwhelming. What’s a gift giver to do? Turn to beer subscriptions that will provide monthly gifts for craft beer lovers on your shopping list.

As the originator and ultimate diversifier of monthly beer subscriptions, Beer Month Club seems to dominate the beer subscription table. It offers five beer club memberships: the U.S. Microbrewed Beer Club, the U.S. and International Variety Beer Club, the Hop-Heads Beer Club, the International Beer Club and the Rare Beer Club. According to spokesman Brett Olson, the choices of what goes into each box are decided by a panel through blind tastings. The judges know the style they’re tasting, but nothing else, and the samples come from breweries either requested or seeking to be included.

“We want to find beers that are excellent examples of their style, or that simply are particularly satisfying,” Olson says. “Plus, we aim for variety within each shipment as well as from month to month.”

Each shipment includes 12 beers, tasting notes and profiles of the breweries represented in each box. For all the beers sourced in the United States, the beers are brewed to order for the club. Additionally, sometimes the company will request a seasonal beer that is not part of the American brewery’s current selections, so the brewery will resurrect it for the upcoming shipments.

Olson doesn’t expect the beer club lineup to change in 2022 although he says the company is looking to build relationships with even more breweries and importers. He adds: “There has been enormous growth in the craft beer industry over the last few years, and there are tons of breweries we’d like to feature that we haven’t had the opportunity to work with before. It’s an exciting time to love craft beer.”

The U.S. and International Variety and Hop-Heads tie for second most popular beer clubs. The Variety Club obviously offers the most variety because it pulls from both the United States and the international brewing community. Beers representing three or more breweries and four different beer styles are packed into each box, with the ratio of domestic to imports being about 50/50.

The Hop-Heads Beer Club came into being because of “the American palate’s insatiable demand for IPAs and other hop-forward styles,” Olson says. The IPAs in the beer club run the gamut—West Coast style, New England hazy, doubles, triples—and the other hoppy styles could include barleywine, imperial India pale lagers or American Black Ale, aka Black IPA. Packages showcase three hoppy beers from two or more U.S. or foreign breweries, with roughly 95% coming from American craft beer companies.

The International Beer Club is not as popular or as highly rated as the other niche beer clubs, but it’s the go-to for beer enthusiasts with a taste for international brews. Two different beer styles from various lesser-known international craft breweries fill each box.

The final beer membership appeals to beer connoisseurs who are open to unusual styles, unique flavors and different ingredients. The Rare Beer Club (RBC) is the one for barrel-aged offerings or wild-fermented, artisanal beers, for example. And they come from around the world.

“Many of the RBC beers are exclusive to the club as well as being created or imported to the U.S. especially for our members,” shares Olson. “It’s the club that is more adventurous stylistically and will include some beers that could be more challenging to an inexperienced palate. All the products featured are very limited in distribution.”

In these shipments, two different handcrafted, limited release beers are included and can be chosen in either one, two or three 750 milliliter bottles. A monthly newsletter with information about the beer profiles, brewery histories and suggested food pairings is also tucked neatly inside.

Olson notes that RBC members who sign up for themselves can modify their monthly delivery, meaning that after they receive an email with details about the beers in their upcoming shipment, they can add more, swap them with past selections or simply skip the drop altogether. These members also are privy to special offers on hard-to-find beers that are available in amounts too low to be a full club feature.

At any time of year, it’s easy to give one of these as a gift for craft beer lovers. Memberships are available from two months to 12 months. Or you can sign up on an open-ended basis and cancel anytime. Deliveries can also be customized to monthly, every other month or quarterly. And for Christmas, they make great, last-minute presents since the gift giver can arrange for the gift announcement to be delivered on December 24 or 25, but the beer subscriptions would arrive in January. 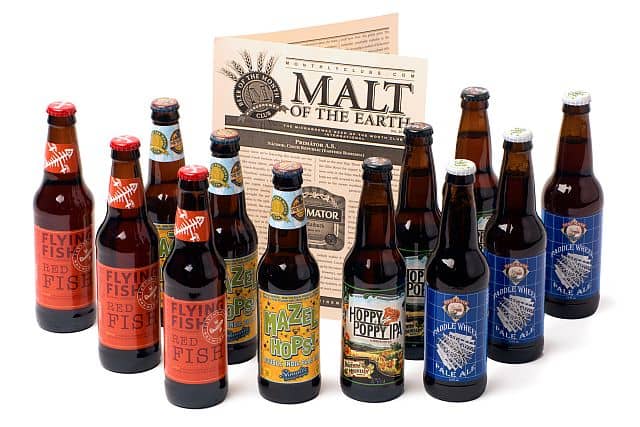