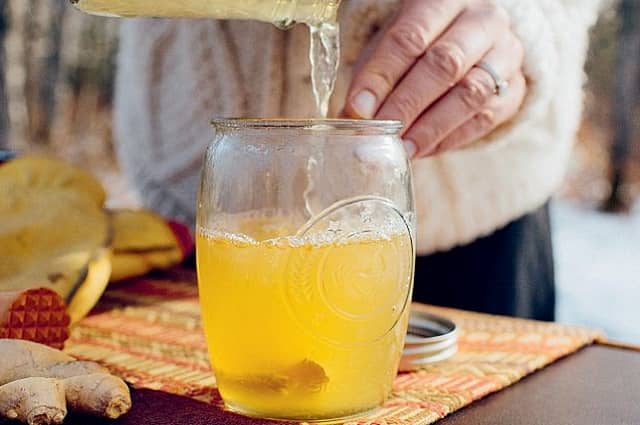 "The original Penicillin is shaken and served over ice, but the combination of ginger, honey, and lemon juice fairly screams hot toddy. The grain, spice, and smoke notes from the two types of Scotch settle in comfortably alongside the other flavors, like a cat curling snugly into the edge of a well-loved couch. "

In a mug, combine the ginger slices, honey, and lemon juice, and muddle the ginger to press out some of the juice. When you muddle, firmly press down on the ginger to express the juices or aromatic oils from it, but you don’t want it to turn into a crime scene. Pour the boiling hot water into the mug. Allow it to steep for 5 minutes, then stir in the blended Scotch and the Laphroaig.

If desired, you can fish out the pieces of ginger. I take them out, because otherwise I know I’ll hit myself in the face with a piece of ginger and spill hot toddy all down my front.