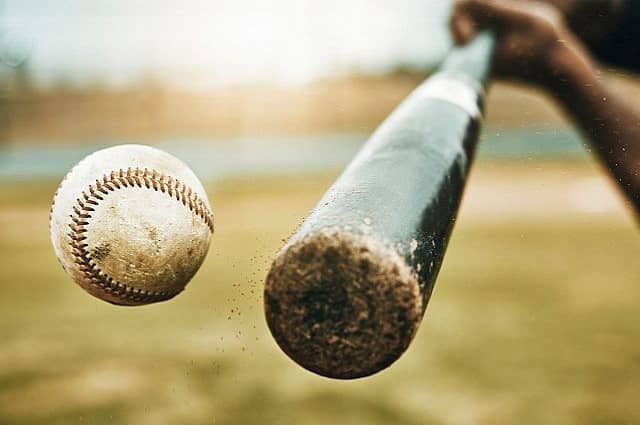 Manhattan is the concrete jungle where dreams are made of, and there’s nothing you can’t do, including being a Major League Baseball player. Despite being a cold-weather state, over 1,000 MLB players didn’t have a problem using a baseball bat during the chilly months. Of the 1,000-plus players that hail from the state, Lou Gehrig had the best career.

Marcus Stroman is probably the best current player that is from the state. He pitched for the New York Mets for a couple of seasons before signing a multi-year deal with the Chicago Cubs. Jesse Winker and Sean Murphy are two other New Yorkers that will have some new duds this upcoming season after their teams traded them this offseason.

While New York may be a surprise, the next four states that produce an abundance of MLB talent will shock no one. The only competition is which of the four states reign supreme. The state that doesn’t have a place on the podium but is a hotbed for superstars is Georgia.

Ever since the days of “The Georgia Peach,” Ty Cobb, Georgia, has been a mainstay for elite baseball players. Active superstars like Byron Buxton of the Minnesota Twins and Chicago Cubs shortstop Dansby Swanson were two of the best prep players the state has ever produced. The state has produced over 400 MLB players. The recently retired 2012 MVP and three-time World Series champion Buster Posey is another Georgia product.

Everything Is Bigger in Texas

The Lonestar State is known for its high school football, but it’s no stranger to producing elite baseball talent. Currently, the best player to call Texas home is the unquestionable Hall of Fame ace Clayton Kershaw. The three-time Cy Young winner is a native of Dallas, Texas, who played high school ball at Highland Park. The state has produced nearly 1,000 MLB players including the great Nolan Ryan and Rogers Hornsby.

Next up on the list is Florida, a state that has produced over 600 MLB players, including the newest $300 million-dollar-man, Trea Turner. Along with Turner, you can find a recent home run champion (Pete Alonso), a recent Rookie of the Year (Jonathan India), a former MVP (Josh Donaldson), Cy Young winners (Zack Greinke and Jacob deGrom), and a player who thrives on chaos (Nick Castellanos).

If MLB scouts want to find the cream of the crop on the diamond, they will have to follow the advice of Biggie Smalls and go back to California. The Golden State currently has a whopping 238 players, which accounts for nearly a quarter of American-born players. This includes the American League home run king, Aaron Judge, leading the charge. Judge’s Yankees teammates Gerrit Cole and Giancarlo Stanton also soaked up the California rays in their youth.

Learning what states produce the best MLB players paints a picture of where you can find the game’s future stars. So, if you can make it to a high school baseball game in one of these states, you might see the game’s future before they make the big show.