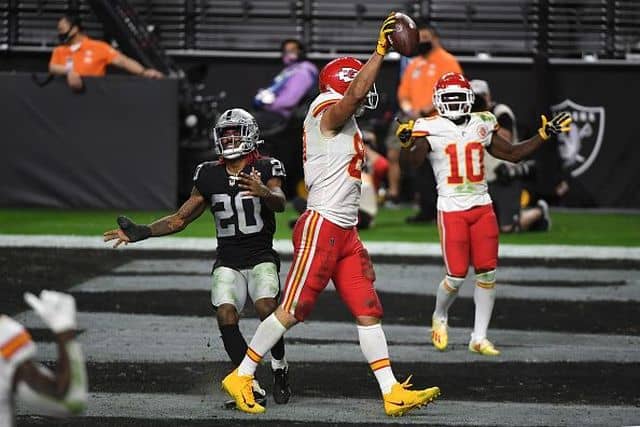 Week 10 of the National Football League season had some massive upsets, big time plays and meaningful impact on several of the division races that are getting tighter every single week. After a Hail Murray in Arizona, a crushing injury in New Orleans, and a head scratcher in New England, the 11th Week of the season should be a fun one to watch. Let’s take a look at our Top 3 NFL Matches for Week 11 of the 2020 Season.

No team had more national attention than the Arizona Cardinals on Sunday after a miraculous hail mary throw from Kyler Murray to Deandre Hopkins to give the Cardinals a first-place tie in the NFC West. The Cards and Seahawks have played each other once this season, the Cardinals won on a field goal in overtime. That win gives Arizona an advantage in the division as the tiebreaker currently goes to them, Seattle desperately needs a win here if they want a shot at being crowned NFC West champs. Russell Wilson was putting up an MVP candidate season before his last two games that included seven turnovers and two losses. The Seahawks are one of the most automatic teams when they play at home so it will be intriguing to see how the Cardinals, who are the hotter team, play on Sunday.

The last time the Chiefs and Raiders played each other, Las Vegas rolled the dice and shocked the league. The Raiders put up 40 points on the backs of Derek Carr’s 347 passing yards and three touchdowns and two rushing touchdowns from Josh Jacobs. The win came as a shock to the Chiefs, but the Raiders momentum was short lasted, as they were blown out by the Buccaneers in their next game. Nonetheless, the Raiders are 6-3 and playing their best ball in the last four years. The Chiefs have Patrick Mahomes, the now MVP frontrunner, and with a win, it is unlikely that KC would be challenged much the rest of the season for the division. But given how this matchup went the last time they lined up, this should be an interesting game.

Just a week after the Tampa Bay Buccaneers were obliterated on Sunday Night Football by the New Orleans Saints, the Bucs responded in a dominant way, putting up 46 points on the Carolina Panthers and improved to 7-3 on this season. The Bucs have put up 38 points or more in four of their contests this season, but they are just 1-2 in primetime games and 0-3 against the spread in those games. This Monday Night Matchup will have a ton of playoff implications for the two squads. The Rams are in a fierce battle for the NFC West and the Bucs can take advantage of the Saints losing Drew Brees for a few weeks in the NFC South. If both these teams are vying for a final Wild Card spot, with the same record, the winner will be determined by the head-to-head tie breaker.