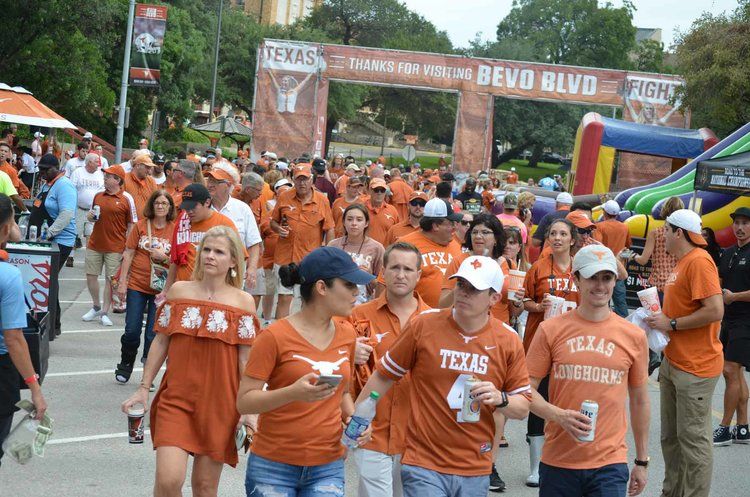 Are the Longhorns really “back,” as quarterback Sam Ehlinger announced after their victory over Georgia in the Sugar Bowl last season? Only time will tell. However, they did win 10 games for the first time in nine years, so it’s a start.

Greater success will depend on whether Ehlinger continues to mature as a quarterback, whether they can adequately replace nine starters on defense, and whether another year of four- and five-star recruits can produce as their hype indicates they should. Whether that happens or not, this is Texas, and you can rest assured that the tailgating will be top notch.

While finding an open grass field for tailgating is next to impossible due to Austin’s recent downtown area growth, there are plenty of parking lots and garages to accommodate tailgaters. Last season, the Longhorns opened Bevo Blvd, a pregame street party area on the west side of the stadium.

Named after Texas’ iconic mascot, the area opens five hours prior to kickoff, where fans can enjoy the Longhorn Band and celebrate Bevo’s arrival at the game with a street parade. Some of Austin’s finest food trucks are on-site, along with access to beer and wine spritzers, all while listening to the official Texas football pregame radio show.

Austin, the state capital, has a great reputation for being one of the best college cities for food and culture alike, with a pulsating nightlife to boot. From the early morning tailgates to the post-game celebrations on 6th Street, there’s never a dull moment on Saturdays for the University of Texas. 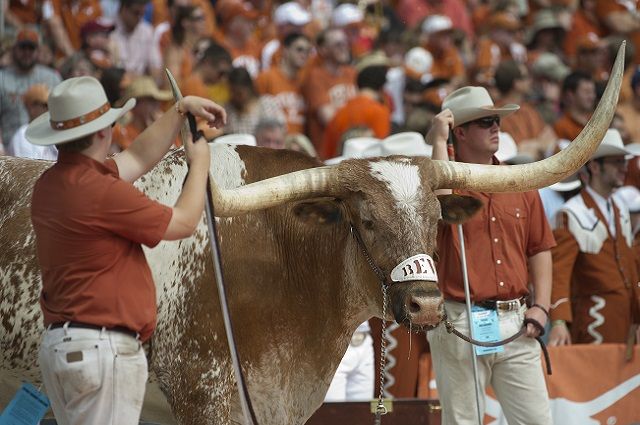