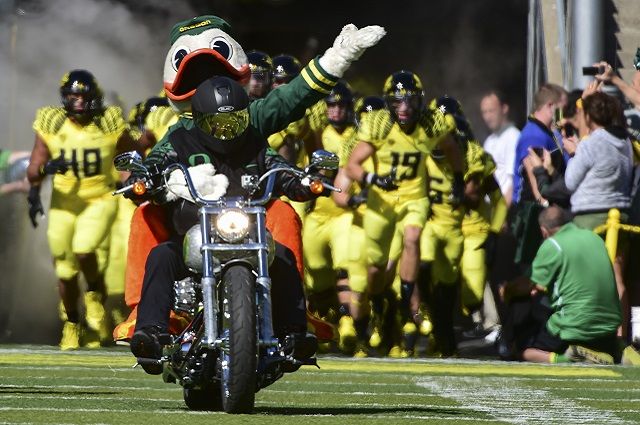 The Ducks have experienced a roller-coaster ride the last five seasons. After playing in the inaugural College Football Playoff Championship game following the 2014 season, they went 4–8 in 2016. Now, three years later, the Ducks are considered a possible CFB Playoff contender.

The reason? Quarterback Justin Herbert passed up NFL riches to return for his senior season. The Ducks open at AT&T Stadium in Arlington, Texas, against Auburn. If they can pass that test at Jerry World, then perhaps Oregon will be mentioned as one of the elite national programs once again.

Take advantage of the extra time to see some Oregon traditions, such as the March to Victory where you’ll be able to cheer on the players as they stride to the locker room. Also be sure to check out the Moshofsky Center, known as The Mo, which serves as the Ducks’ indoor practice facility.

On game day, The Mo opens three hours before kickoff, offering fans a massive gathering place to enjoy a variety of food, beer and wines. Another option is Essig Field with live music, a food court, and a beer garden on game days. 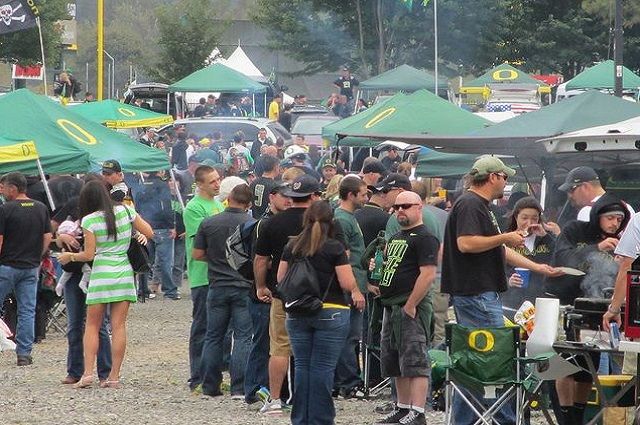