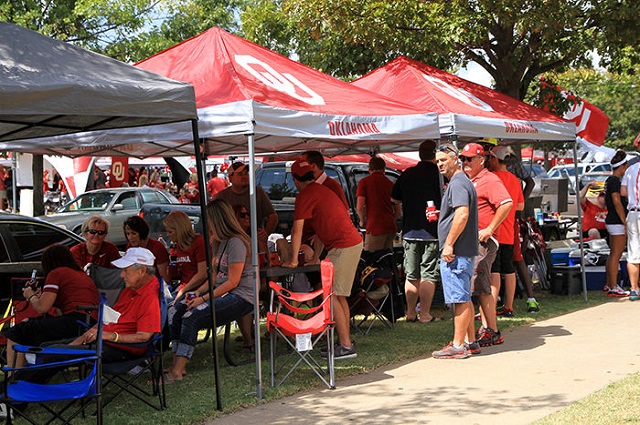 A new winning pattern is emerging at Oklahoma—acquire a transfer quarterback, watch him win the Heisman trophy, and then go on to the College Football Playoffs. It worked with Baker Mayfield in 2017 and with Kyler Murray in 2018.

Can Sooner fans expect a wash, rinse, and repeat for Jalen Hurts in 2019? It certainly doesn’t “hurt” that the former Crimson Tide quarterback is no stranger to the CFP from his time under center at Alabama. But the Sooners have a number of holes to fill, especially on the offensive line.

However the season turns out, though, rest assured that Sooner fans will be having a good time in Norman.

While the campus “fun police” have shut down some of the best tailgate areas in the last couple of years, there’s still plenty of good times to be had. The Campus Corner district has plenty of bars and restaurants to check out. The Sooner Fan Fest northeast of the stadium suits fans of all ages with live music, food and interactive kids’ games.

It also showcases the Welsh ponies who pull the Sooner Schooner, a replica of the Conestoga wagon used by early Oklahoma settlers. One of the most distinctive mascots in college football, it races to the 50-yard line after every OU score.

Ultimately, though, tailgating is about gathering with friends and family, and celebrating your team to victory. That happens a lot in Norman. 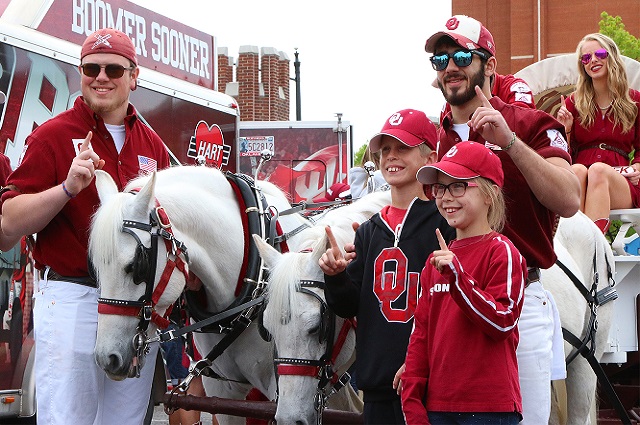