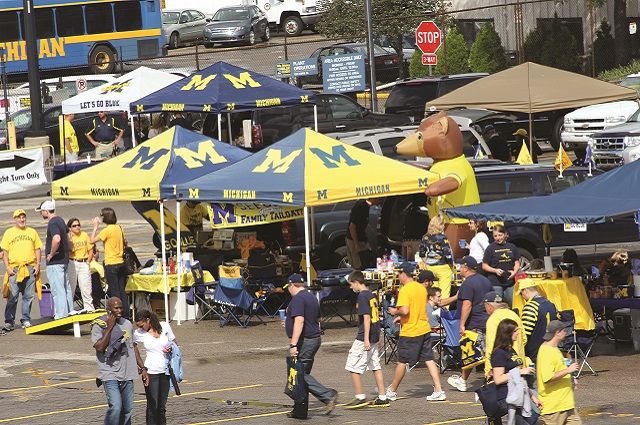 Since head coach Jim Harbaugh arrived at Michigan for the 2015 season, the Wolverines have the eighth-best record among Power 5 teams during that time frame. However, they haven’t made it to the playoffs once. And more frustrating for Michigan fans, they haven’t beat their archrival Ohio State, posting a 0–4 record in their recent meetings.

Throw in the 41–15 beating that Florida gave them in the Peach Bowl last year, and, while things are good in The Big House, they aren’t great. The 2019 season features some interesting matchups with Army, Wisconsin, Notre Dame and Penn State. Win those four games, and the matchup against the Buckeyes will be pivotal.

No matter how the season winds up, Wolverines will be out in force in the parking lot before each home game. With nearly 108,000 fans cramming into the stadium, and a crowd almost equally as large tailgating around Ann Arbor, it makes for a unique game-day experience.

Fans set up on the University of Michigan Golf Course, the Ann Arbor Golf and Outing Club, and in the parking lot of Pioneer High School—all of which are near the stadium. Another fan favorite is partying with the students in the housing around campus.

When you combine a near-rabid passion for one of college football’s most storied programs, along with old-fashioned Midwest hospitality, the University of Michigan is one of the best college football experiences in the country. 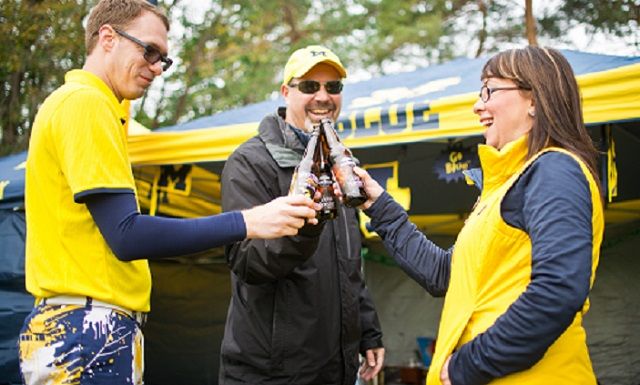