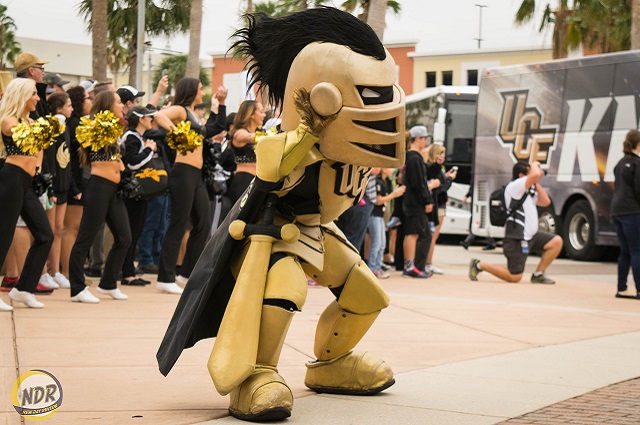 The transition at head coach from Scott Frost (now head coach at his alma mater Nebraska) to Josh Heupel was a relatively seamless one for UCF. The Knights finished the 2018 season with a 12–1 record and a trip to the Fiesta Bowl.

While starting quarterback McKenzie Milton is injured and will miss the 2019 season, expectations are high as Notre Dame-graduate transfer Brandon Wimbush and freshman Dillon Gabriel will compete to be the starter while sophomore Darriel Mack recovers from a broken ankle suffered in July.

And much like the school’s recent on-field success, the tailgate scene is exploding. Since the school debuted its on-campus Spectrum Stadium in 2007, the celebrations have only intensified. Most of the pregame fun takes place on Knights Plaza and Memory Mall, a giant grass lawn near the Student Union. There you will find a mix of alumni and students tailgating, while watching the Marching Knights perform along with several other pregame festivities. This is indeed tailgate central.

Once game time arrives and the crowd moves into the stadium, fans brace for the Bounce House. Because when Zombie Nation’s “Kernkraft 400” blasts, the Knights horde jump up and down so ecstatically, the stadium shakes. If that doesn’t get your heartrate going, you might want to check if you’re still breathing. 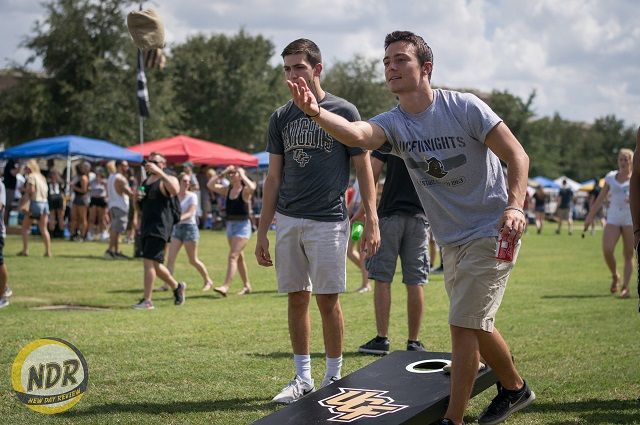