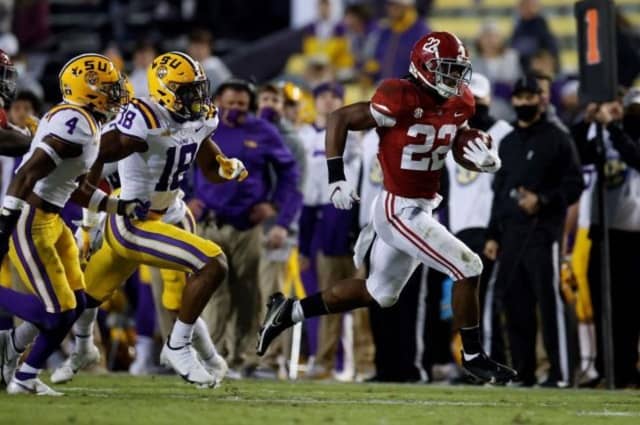 On Saturday, the PAC-12 will return to play and all Power Five conferences will be in action in the college football world. We have seen some incredible games out of the SEC, ACC, Big Ten and Big 12 already and we can expect to see some more good ones in the coming weeks.

With teams not getting the usual training camps and practices that they typically would have due to the Coronavirus, defenses have been a little slow out of the gates and it’s been a great run for the offenses. In this article, we are going to take a look at the five most exciting offenses in college football.

This is no real surprise, right? The Crimson Tide put together a fantastic offense every single season and this year is no different. Mac Jones slid into the starting quarterback position and he has been nothing short of stellar thus far.  At this point he is the Heisman frontrunner. The Jacksonville native has thrown for 2196 yards, third best in college football, and has the second best QBR at 95.5. The Tide is averaging more points per game than any other Power Five conference team in the nation at 47.2 points.  It’s hard to imagine them slowing down anytime soon. Senior Devonta Smith has been one of the top wide receivers in the nation with 759 receiving yards and eight touchdowns already on the season.

The Knights aren’t a Power Five conference program but they have been on the national map for the last three or four seasons. In 2020, they lead the entire country in yards per game with 652.5, the second closest has just 593.6. The Knights are averaging 45 points per game which ties them for sixth best in the NCAA.  They have scored more than 40 points in five games this season. Wide Receiver Marlon Williams leads the country in receiving yards with 840 and also has six touchdowns. That’s no surprise when sophomore QB Dillon Gabriel leads the nation in passing yards with 2506.

Lane Kiffin has kicked Ole Miss into shape and the program now flaunts one of the best offenses in the SEC and in the entire NCAA. Credit sophomore wide receiver Elijah Moore for carrying the load with the second most receiving yards in the country with 829. The Rebels rank fourth in yards per game and 18th in points per game. They took Alabama all the way to the end and almost upset the Crimson Tide.

This is another team that shouldn’t come as a shocker given their history over the past few seasons. With and without Heisman candidate Trevor Lawrence, the Tigers always put up points and currently rank second behind just Alabama with 46.1 per game. Senior running back Travis Etienne is seventh in the nation with nine rushing touchdowns.

Don’t look now but BYU is making a serious push for the College Football Playoff. The Cougars are 7-0 and scoring points at a higher rate than usual for them. They rank sixth in the nation in yards per game and ninth in the nation in points per game. Junior quarterback Zach Wilson is having a Heisman like season with 2152 passing yards and 19 touchdowns.