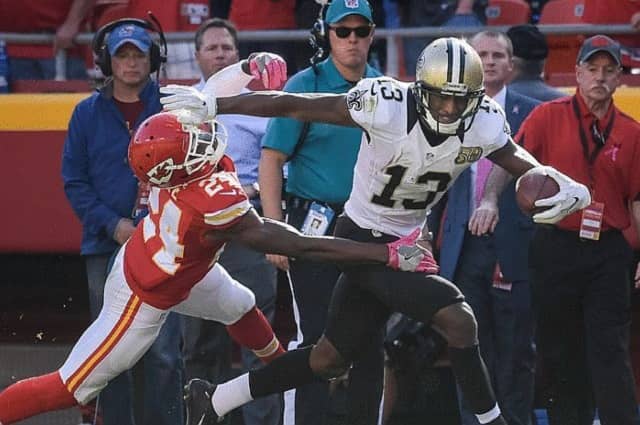 There are just three weeks remaining in the NFL season and the hunt for the playoffs is heating up. It’s starting to look like some teams will still be battling it out in Week 17, but the picture is beginning to look clearer. We saw the game of the year last week when the Ravens and Browns went into a full shootout on Monday Night Football. It took Lamar Jackson heading to the locker room for “cramping”, and ultimately returning, for the Ravens to win the game.

There are a couple of fantastic matchups this week and even a potential Super Bowl preview on the schedule for Week 15. Here are our Top 3 NFL games this weekend.

This is a feel-good, underdog game between two teams that are in the middle of a playoff hunt and haven’t been eliminated yet from winning their divisions. The Giants took a step back last week with a loss to the Cardinals and need to win this game to keep their division winning hopes alive.  The Browns loss didn’t help their chances to win the division, but if things play out their way, the last game of the season against the Steelers could determine the division winner. Regardless, this game will be crucial for both teams to stay alive in the hunt. New York is getting Daniel Jones back for the first time in three weeks and he should jump-start their offense. The Browns will look to run all over this Giants defense and put the pressure on early.

Here is our potential Super Bowl preview. The Saints went into last week with a nine-game winning streak before being upset by the Eagles, and the Chiefs are currently on an eight-game winning streak. Assuming that Drew Brees doesn’t play, this will be a true test for Saints backup quarterback Taysom Hill as this is the first team he has faced that owns a winning record.  The Chiefs have had a couple of close calls in the last few weeks and Patrick Mahomes was picked off three times against Miami but they are now the top seed in the AFC. The Chiefs have already taken down the Panthers and the Bucs in the NFC South, they will hope to take care of business now against the Saints. This should be a high-scoring affair and it could be a legitimate look into what we may be watching in February.

The Football Team has been a pleasant surprise in the last few weeks and are now riding a four-game win streak. They sit in first place in the NFC East. The Seahawks have been up and down the last few weeks and have had a few bizarre upsets. This feels like it could be another one of those games for Seattle as they are facing a team that causes turnovers and gets to the quarterbacks, two things that have made Russell Wilson vulnerable this season. Seattle is a game back in the NFC West and still have the Rams and Niners on the schedule. This game could be very telling for how the NFC playoff picture shakes out.