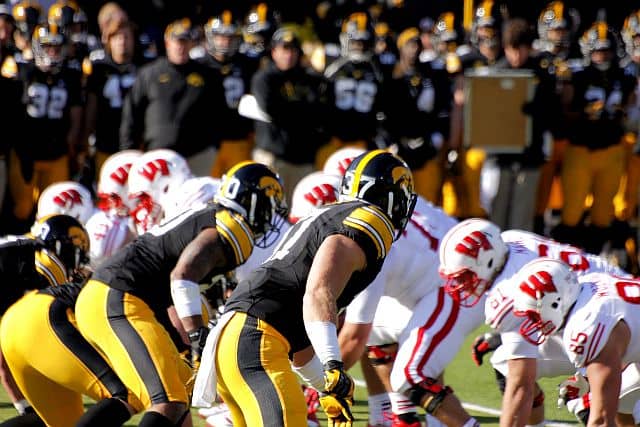 We are in the home stretch of the 2020 NCAA football regular season and boy has it had its ups and downs. With all the postponed or cancelled games, it’s been hard to keep track of who’s playing whom each week, but we are approaching the finish line. Week 15 will serve as the final week of games for some conferences while the following week will be filled with conference championship games and make-up games for a few teams. The College Football Playoff will look the same this week and it’s hard to imagine the top four order will look much differently unless there are some upsets in the SEC Championship or Big 10 Championship. But let’s focus on the now, here are the Top 3 college football games this week.

These two teams won’t play in the ACC championship game, but this could help decide who plays in the New Year’s Six Bowl despite Miami already having the upper hand. D’Eriq King didn’t have quite the season expected of him, but he has played his team into a Top 10 ranking this season. The Hurricanes are 6-4 in their last 10 games against the Tar Heels, but this Mack Brown team isn’t your father’s UNC team. The Heels are led by quarterback Sam Howell who put together an impressive sophomore season and should be a top 2022 NFL draft prospect.

While this game will have no impact on the impending College Football Playoffs, this is a prideful game for the Big 10. These two teams don’t like each other at all and that won’t change this weekend. The Hawkeyes are 5-2 and the Badgers are 2-2. Paul Chryst just handed off play-calling duties for Wisconsin and it could spark something in a Badger offense that hasn’t looked very good the last two weeks. Iowa will look to send off senior quarterback Spencer Petras with a victory in his final game at home.

This one may not capture the hearts of the national media, but this game means a lot for people who follow the Pac-12. This game will help decide who wins the Pac-12 North and play in the conference championship game. It is simple for the Washington Huskies, win on Saturday against Oregon and they clinch the North. If Oregon wins, they need Washington State to lose to either USC or California. Will most of the nation be tuning into this one? Probably not. But it is of huge importance to the Pac-12.

Two of the most anticipated games from this weekend have been called off due to COVID-19. We won’t get to witness Ohio State stomp all over Michigan in what is one of the top rivalry games in the country. It will make things dicey for Ohio State who is clinging onto the 4th spot in the College Football Playoff rankings with just five wins. The other game we won’t see is Cincinnati vs Tulsa. The 7th ranked Bearcats are fighting for a New Year’s Six Bowl and they have been plagued by cancelled and postponed games because of COVID-19.

* Authors Note: These rankings come from the AP Top 25 Poll