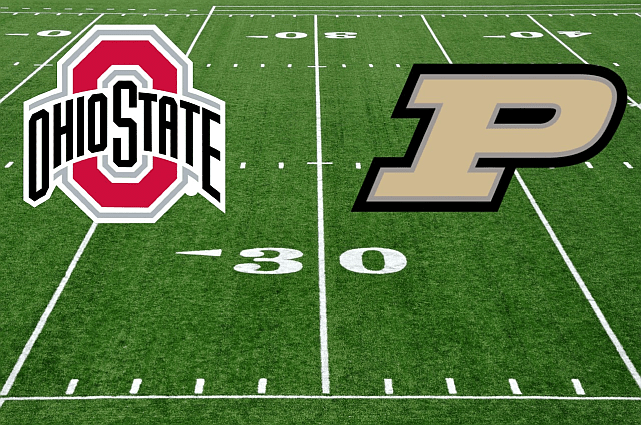 The second edition of the College Football Playoff rankings have been revealed and for the second straight week, a previously undefeated team lost – hello Michigan State – yet undefeated Cincinnati is still sitting on the outside looking in. I think it is a given at this point that the Bearcats will never be eligible for a top four spot this season by the CFP committee. As of now, the teams are Georgia, Alabama, Oregon, and Ohio State in the Top 4 while Cincy and Michigan are the first two out. As each week becomes more and more important, here are our top three college football picks this week.

No. 6 Michigan vs Penn State

Penn State may not be ranked by the committee, but they still have all the intangibles to cause a massive upset over Michigan. The final spot in the playoff could come down to the Big 10 and that would likely be between one-loss Michigan, one-loss Ohio State, and one-loss Michigan State. That answer will be clearer after the conference championship game. If Penn State can pull off an upset, things really get more interesting. The Nittany Lions had lost three straight games before finally pulling off a win against Maryland last week. There are too many things that can go wrong for Michigan in this game. Penn State has won the last two games of this rivalry and a third straight would cause absolute chaos. Sure, the Wolverines have just one loss, but their close win over Nebraska and their big win over Indiana doesn’t necessarily have me sold on them. Prediction: Penn State

Talk about keeping a team ranked 13 after losing to an unranked team just so a matchup is more sellable to a TV audience. I have been extremely impressed by Baylor this season, but I don’t think they should have gone from just 12 to 13 after a really bad loss to TCU this past week. It was the ultimate trap game and Baylor fell right into it. Now they are going through a week where their top recruiter has bolted to Texas Tech and is already taking recruits with him. There is distraction inside the building as the best team in the Big 12 comes to town. This is one of three very hard remaining games for the Sooners. After Baylor, they have Iowa State and then travel to Stillwater for Oklahoma State and Bedlam. I don’t think Oklahoma will be caught looking ahead here but there is a lot of hype in this one after everything that unfolded this offseason. Prediction: Oklahoma

The Purdue Boilermakers have been an enigma this season. They have upset teams like Iowa and Michigan State who were both Top-3 teams at the time but have also lost to Wisconsin and Minnesota. If they want to play the spoiler team one more time, this is the game to do it. Ohio State is finally back inside the Top 4 after their Oregon mishap but Purdue could come in and drop them back a few notches. Even with three losses, Purdue has proven that they are not to be messed with. Ohio State has been torching teams recently and they have hit their stride. I like Purdue and I like their story, but I think with the confidence that Buckeye QB C.J. Stroud has found, this one might be too much to overcome. Prediction: Ohio State