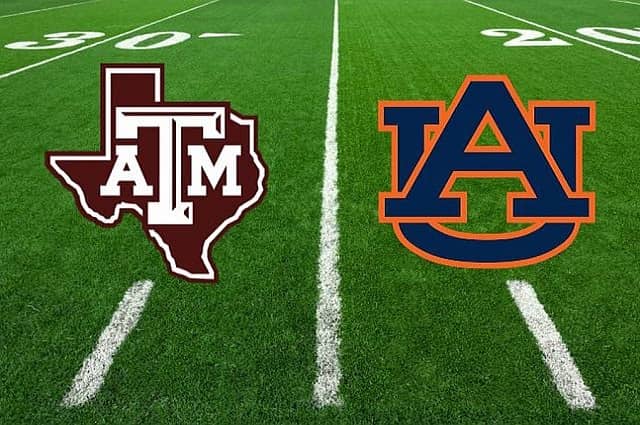 College football simply won’t be stopped in 2021. Maybe it is trying to overcompensate for the bizarre year that was 2020. All I know is that every Saturday, a new team is being upset, a new Cinderella story is being written, and a coach is being fired. There was no shortness of all that in Week Nine.  Now, as we enter November, and each game becomes do-or-die, we look forward to the top games in Week 10. Here are our top three college football picks this week.

The winner of this game still has an outside shot at making the College Football Playoff and it certainly means a lot to fans of the SEC. Auburn had a weird start to the season and it looked as if we were in another Bo Nix time portal. But the Tigers have turned it around as of late and they are coming off a massive win over Ole Miss. Meanwhile, Texas A&M is still riding high after their big win over Alabama. The likelihood of either of these squads playing in the SEC Championship Game is slim but it certainly isn’t impossible. In fact, if Auburn were able to win out, which would have to include a win over Nick Saban, that spot would belong to them. Auburn has an impressive defense that held the Rebels to just 20 total points. This will be a rowdy atmosphere as they head to College Station, and I think it might be too much for Nix to overcome. I like the Aggies winning and ruining the Tigers season. Prediction: Texas A&M

No.10 Wake Forest at North Carolina

The team that was supposed to dominate the ACC taking on the team that has come out of nowhere to dominate the conference. No one thought Wake Forest would be ranked inside the top-10 on November 1st but here we are. Wake Forest has an offense that has put up 37 points or more in the last few weeks. Two weeks ago, they put up 70 points and last week they beat Duke 45-7. I am not sure what has gotten into this team, but it has been fun to watch. This sort of feels like a trap game given they are having to play at UNC and Sam Howell is a terrific quarterback. Mack Brown will want to salvage something from this letdown season, and this could be the game that sticks out if they get a win. Upsets have reigned king in college football this year, let’s run it. Prediction: North Carolina

No. 7 Oregon at Washington

Oregon is hanging around the Top four and hoping that someone above them stumbles so that they can slide into the CFP as the strength of play in the Pac 12 certainly won’t garner any votes for them. Washington has had a rough season that began with a loss to Montana. Oregon has rebounded since that loss to Stanford, and they have an impressive win over Ohio State, but this feels like quite the trap game. They must travel to Seattle and I’m sure the weather is going to be less than ideal. Pac 12 cannibalism is alive and well in 2021, so it wouldn’t shock me to see the Ducks drop another game. Ultimately, I think Oregon services, but would another upset shock you? Prediction: Oregon