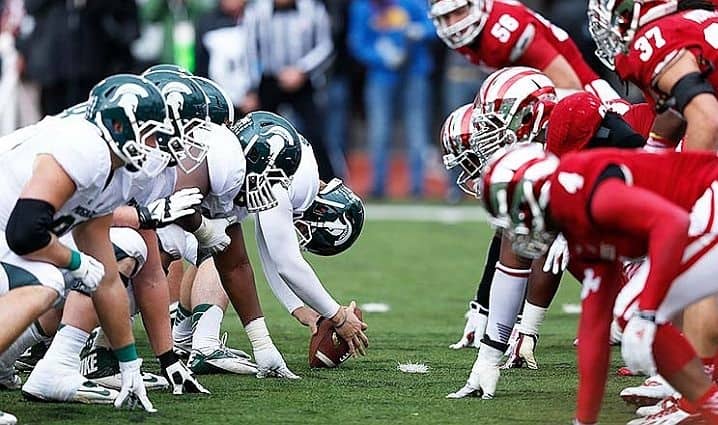 We are in the home stretch of the college football season. While there aren’t any marquee matchups this weekend, each game is pivotal to teams that are vying for a spot in the College Football Playoff. After Notre Dame upset Clemson last weekend in South Bend, the Tigers must be on their A-game for the rest of the season if they want to play in a College Football Playoff game.

For teams in the SEC, the battle is tight and the likelihood of one other SEC team other than Alabama getting in could come down to a costly possession or two. For teams like Florida and Texas A&M, even the weakest of opponents must be taken seriously. This weekend, no two ranked teams play each other, but there is certainly the potential for a trap game or a major upset. Let’s take a look at the top three matchups in college football this weekend.

No team in the country can feel better than Notre Dame right now, at least not in football terms. In health terms, the Fighting Irish may not be feeling so hot after the entire student section and most of the fans from the stands stormed the field after their upset win over Clemson in double overtime on Saturday. As of Tuesday morning, two players have tested positive for COVID-19 and there could be more positive results coming.

Boston College has had a nice season so far under first year head coach Jeff Hafley. Although the Eagles are just 5-3, they almost knocked off Clemson on Halloween and have shown they aren’t the middle-of-the-pack BC team we have been accustomed to seeing in recent years. If Notre Dame were to lose a few key players before this matchup, this game could be closer than you think. Notre Dame is a 13.5 point favorite but this game has “trap” written all over it.

Arkansas has been the surprise team this season in the SEC. After going 2-10 overall and 0-8 in the SEC a year ago, the Razorbacks have bounced back with a 3-3 record coming into a game against Florida. The Gators just knocked off Georgia in dominating fashion and they could be overlooking Arkansas. The Razorbacks are 6-0 against the spread this season and they have a key weapon that should be amped for this game: Feleipe Franks. Franks was the starter for part of three seasons in Gainesville but an injury last year gave Kyle Trask a chance to start and the quarterback has certainly put up Heisman-consideration numbers ever since. At the beginning of this year Franks transferred to Arkansas and he could be looking for some revenge in a game that may not mean much to UF.

If you are shocked to see that the Indiana Hoosiers football team is ranked number 10 in the country, get in line. The Hoosiers are a perfect 3-0 to begin the season and have been playing their best football since 1967 when they went to the Rose Bowl. They’re taking on a Michigan State team that looks different every time it takes the field and the Hoosiers will have to adapt.