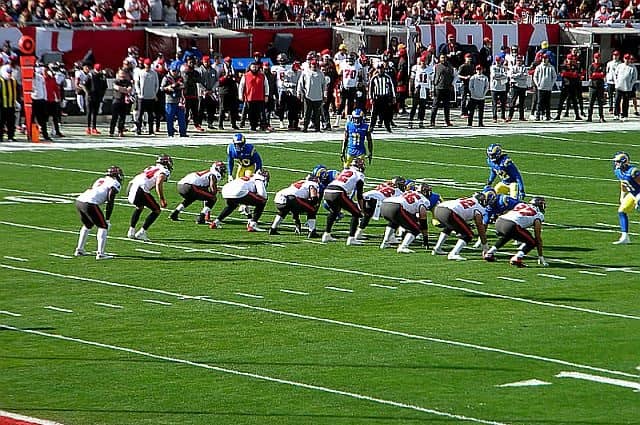 Week 8 of the NFL season provided big bounce back games for a couple of teams.  It also provided massive drop-offs for a couple of other squads – looking at you Tampa Bay and Green Bay. There were several moves at the trade deadline as some teams know that the fate of their season depended on making some upgrades. It was an interesting week to say the least. Here are our top 3 2022 NFL games week 9.

Two division rivals, who have entered a new era, head into this contest. The Bills were dominant against the Packers on Sunday Night with their defense getting to Aaron Rodgers without much issue and their offense providing the spark they typically do. This is a great matchup against the Jets whose record is good but whose quarterback play has not been that. Zach Wilson threw three interceptions in the New England Patriots loss last week and there is no telling when that might get better. This is a matchup that is fun on paper, and the Jets have surprised us a few times this season. However, the Bills are the clear-cut best team in the league at this point and I don’t see them having a ton of trouble in this game. Josh Allen is playing at an MVP level. The best part of this matchup could be Stefon Diggs vs Sauce Gardner. Prediction: Bills 31 Jets 17

It’s a rematch of the playoffs a season ago and I think it’s safe to say that we are surprised by both teams’ performances so far this year. The Bucs are flailing. They have lost three straight games, and five of their last six. Their offense has failed them at every turn, and it looks like Tom Brady should have stayed retired. I can’t imagine it’s very fun to be in the Bucs locker room right now. The Rams were blown out last week yet again to the San Francisco 49ers and they just haven’t been able to shake the hangover from their Super Bowl victory a season ago. This is going to be an offensive grinder for both teams. Brady hasn’t fared well against the Rams so far in his Bucs career, but I am more confident in him than Stafford to bounce back in a big way this week. Prediction: Rams 21 Bucs 24

The Titans have a firm grip on the AFC South with a 5-2 record while the Chiefs remind everyone why they are still the kings of the AFC West. After a bye week, this KC team should be well rested. The Titans are coming off a grueling game with the Indianapolis Colts and are likely a bit worn down. Given that this game is being played in Kansas City on a Sunday Night doesn’t bode well for the Titans. Mahomes hasn’t looked impacted by the loss of Tyreek Hill one bit so far this season using his wide receiver by committee nearly flawlessly. If the Chiefs can shut down Derrick Henry, they can shut down this Titans team that has a lot of flaws despite their winning record. Prediction: Titans 20 Chiefs 34