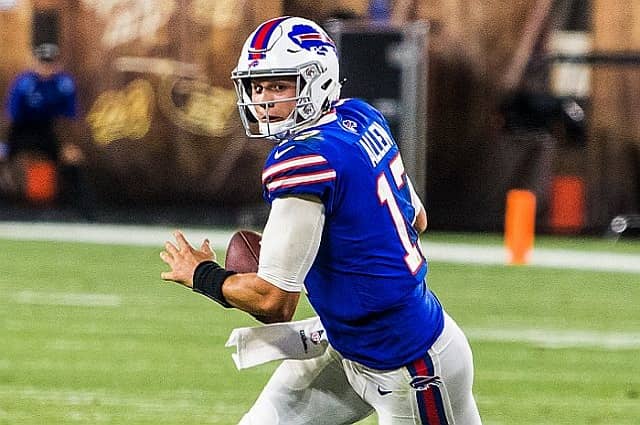 Playoff spots are up for grabs, coaching jobs are on the line, and many players are competing for jobs as we enter the next-to-last week of the NFL regular season. The playoff implications from this week are immense as it’s put up or shut up time. Many teams can clinch, others can knock out rivals, and there should be plenty of great action to go around. Here are the top 3 2022 NFL games week 17.

The 2021 AFC Champion Bengals versus the team that is still favored to win the AFC this year. The Bengals, at 11-4, are battling it out with Buffalo and Kansas City – both 12-3 – for the number one seed in the conference. Even with a Cincy win, they’ll need some help against Kansas City but there is a lot to be said with a win this weekend if they can get one. Cincy keeps pulling off wins despite some sloppy performances throughout their games. Joe Burrow looks like he is playing at his best, while the Bills keep finding ways to win, regardless of what is thrown their way. After a long weekend for the Bills who were stuck in snow in Chicago, the Bengals should have the upper hand with home-field advantage and another travel weekend for the Bills to pull out a win. Prediction: Bills 24 Bengals 27

The Bucs have one simple task this week, win so they can clinch the NFC South for a second straight year in what could be Tom Brady’s final season. The Bucs are coming off a big overtime win against the Cardinals where their offense was pitiful once again. The Panthers seem to be a team that’s playing with nothing to lose. Their coach was fired, their franchise player traded, and now they are out to prove to the league that they can win the South. Carolina beat Tampa when they played in week 7. Tom Brady doesn’t like losing twice to anyone, so I don’t expect that to happen again. The Bucs have too much to lose, and as they return home, I like this team to punch their ticket to the postseason and give themselves some much needed rest in Week 18 as they battle with major injuries at lots of skill positions. Prediction: Carolina 16 Tampa 20

The Steelers mounted a comeback last week and knocked off the Raiders which keeps them alive in the playoff race in the AFC. The Steelers must win this game while Baltimore has already locked up at least a wild card spot in the playoffs. Steelers QB Kenny Pickett is still very much a rookie and their offense stalls at times in ways that are concerning but he has also put together some nice drives and kept them in games. With a banged-up Baltimore team being fielded week after week, there is a shot that Pittsburgh puts together a nice upset in this contest and runs the table to a playoff spot. Their offense must get past a stellar Baltimore D that only became more powerful with the acquisition of Roquan Smith. A close game should be on hand in this one. Prediction: Pittsburgh 22 Ravens 20